"Chose a novel or play in which a character must contend with some aspect of the past, either personal or societal." 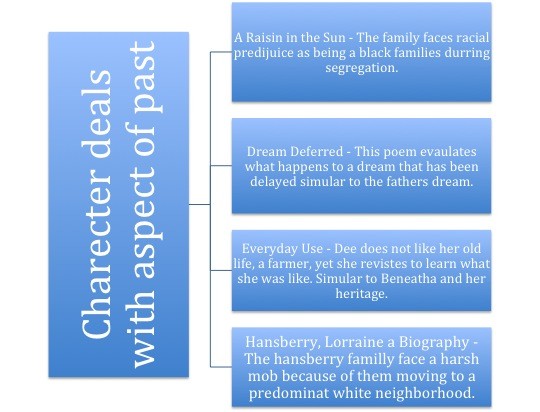 A Dream Deferred by Langston Hughes

What happens to a dream deferred?

Does it dry up

Or crust and sugar over--

Or does it explode?

Everyday Use by Alice Walker

Everyday use is about a daughter returning home to her mother. During the visit a culture clash occurs that causes both the daughter and mother to realize the value of family heritage. 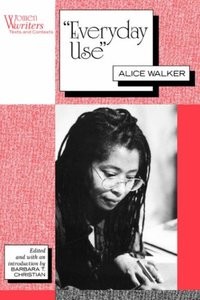 Comparison and Analyisis of Everyday Use.

Being both a women and black Lorraine Hansberry has accomplished plentiful in the arts. Her father was in the case Hansberry v Lee, which focussed on blacks being poorly treated in a white neighborhood, this became a conflict in A Raisin in the Sun.

3. Facing racial segregation as a family and just herself + same theme seen in play