Get email updates from Carl Ben:

This Newsletter Features the Following:

Conference time is fast approaching. We look forward to seeing you and your child to discuss their learning and growth at Carl Ben Eielson Middle School.

Carl Ben Eielson Middle School will be using PTCFast again this year as our school-wide scheduling program for our Parent Teacher Conferences. The online scheduling tool will allow parents the ability to schedule a conference time for your student’s parent teacher conference. Please click on the following link for details and directions.

6th grade student conferences should be scheduled according to your student’s Language Arts Class. Please ask your child who their Language Arts teacher is before scheduling a conference time.

7th & 8th grade conferences are set up by the student’s team and not by an individual teacher. Please ask your child which team they are on before scheduling a conference time. 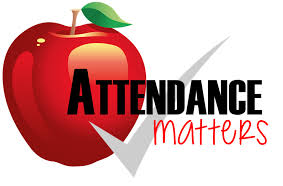 Good attendance, whether at school or on the job, is very important. If a student must be absent from school, please call Attendance @ (701) 446-1710.

Class attendance will be reported daily by period. It is the intent of the attendance secretary to contact parents at home or work the same day by phone to directly report any class(es) that have been reported as absent. 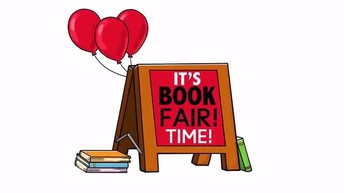 Book Fair Time is here again! The CBE library will again be hosting a Book Fair during Spring Conferences. This is a great way to stock up on books & gifts while also helping support our school!

All purchases help us buy books and supplies for the school!

For more information, check out the virtual Book Fair Flier here or visit the book fair website at: https://www.scholastic.com/bf/cbemiddleschool1

We hope to see you there! 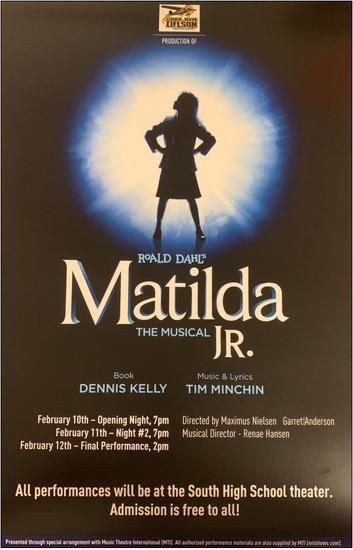 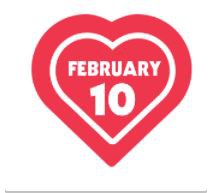 Giving Hearts Day, a 24-hour online giving event, is coming up on Thursday, February 10. The day is a large fundraising event that benefits North Dakota and northwestern Minnesota non-profits. Each organization finds a sponsor to generously match donations. Trollwood Performing Arts School and the Fargo Public Schools Development Foundation are both taking part. Tax deductible donations can be scheduled now. You may also wait to give on February 10. 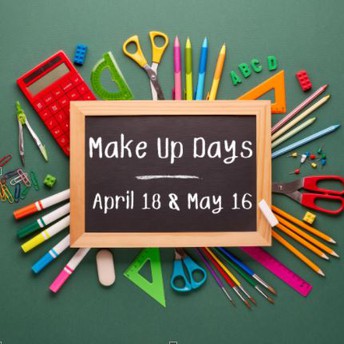 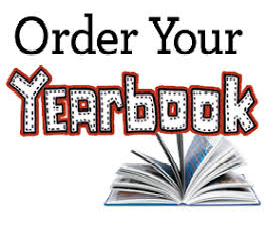 Reminder! Don’t forget to purchase your 2021-22 yearbook. Only $20.00. You can do this by logging into your parent PowerSchool account, School Pay account.

Don’t miss out on your memories.

Store is up and running again for Spring. Please include below information in your upcoming communications. I’m also going to have copies of attached printed to have at front desk. 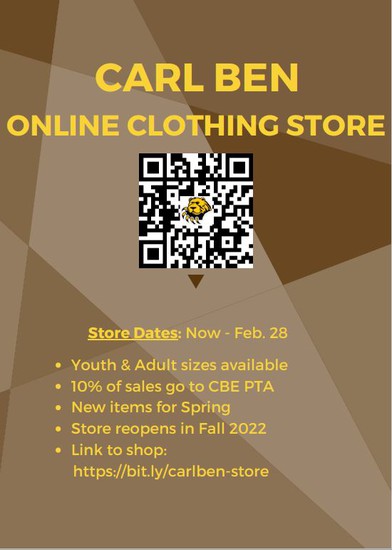 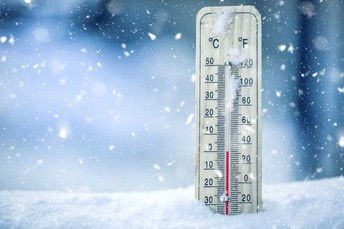 Reminder to parents about morning drop off times:

Our doors are unlocked at 8:00am in the morning each day. As the weather gets colder, please keep this in mind for when you drop your students off in the mornings. Thank you!

We ask that parents make transportation arrangements for students who don’t ride the bus or have their own transportation to be picked up as close to 3:30 p.m. as possible.

Students are asked to wait in the foyer doors to be picked up and not be hanging around in the building after 3:40 p.m. unless they are involved in an after school activity.

The season of winter storms is upon us, and I want to reaffirm our mutual commitment to the safety of your school children. We maintain close communication with the U.S. Weather Service. When storm conditions develop, we must make the decision as to whether school will be held or not. This decision is based on the general conditions which exist for the majority of Fargo students. Weather conditions and distance to school will vary however, and parents should use their own judgment in determining if the weather is suitable for their children to make the journey to school on any particular day. If school is in session and it is your decision that your child should remain at home, that decision will be respected by the school.

If school is called off, the local radio and television stations will be notified as early as possible. School closing notices will also be posted on the internet via FPS and the weather section of In-Forum. In addition, parents will be contacted via the automated phone, email and text system based on the contact information supplied to the school office(s). Parents are encouraged to update contact information within PowerSchool on a regular basis so we have up to date contact information.

If storm conditions develop during the day and it is determined that an early dismissal is in the best interest of the students, the media will be notified and principals will proceed with an orderly dismissal. Parents are encouraged to update contact information with the school on a regular basis so we have up to date contact information. This can be done through your parent PowerSchool account. School cancellation information will also be broadcasted via local media, and will be posted across our website and social media sites (Facebook and Twitter).

If it is announced that school will be starting late, we will begin the school day at 10:45. Students will report to their period 3 class upon arrival.

We appreciate your continued cooperation and understanding in this important matter. Be assured that the well-being of your children is of utmost importance to us.

In the rare event that Valley Bus does not have enough staff to cover all the school bus routes for Fargo Public Schools, Valley Bus would implement a “delayed bus route plan” rather than canceling routes. This plan could be used in either a morning route or an afternoon route.

Delayed Bus Route Plan– The “delayed bus route plan” would have the drivers cover for the missing driver after they have completed their assigned route. This would cause the identified route to be delayed by 15 to 30 minutes. Families would be notified the day of the delay by email, text, and voice messaging. Morning route delay notifications will occur between 5:30-6:30 am and after-school delay notifications will occur by 1:00 pm if a driver shortage occurs. This means students may be standing at their bus stop for additional time or they may be returning home up to 30 minutes later than normal. Each route affected would cause a delay for both the elementary and secondary students riding that bus.

The Bus Delay message will only be sent to the affected route and it will say the following:

“Attention FPS families of Bus Route ###. Today, [Day, Date], your morning route will be 15-30 minutes later than normal. Your principal has been notified of your late arrival. “ 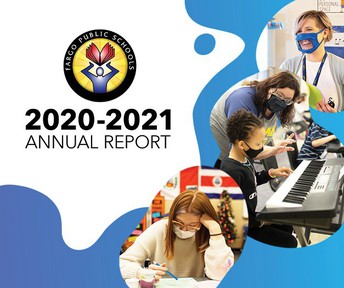 As evidence of Fargo Public Schools’ commitment to our patrons, the FPS 2020-21 Annual Report is now available. It showcases the qualities and services of our school district and provides a wide array of information to familiarize families and the community with Fargo Public Schools. Report details include enrollment, staffing, and budget numbers. It also gives overviews of student services and student assessment data. Thank you for your continued support as we serve the citizens of Fargo by providing students an excellent educational experience. You can access the full document at this link. 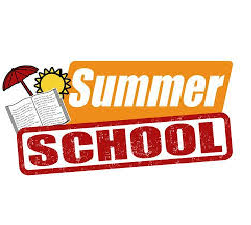 School counselors and staff are available during the school day to assist students. After hours and during weekends and holiday breaks, families need to utilize community supports. If you are in need of assistance for yourself or someone else, please contact the following resources:

Fargo Public Schools (FPS) is committed to our mission: Educating and Empowering All Students to Succeed. While school counseling services are always available in the buildings, additional clinical counseling is available to support the mental wellbeing of students and staff through the Elementary and Secondary Schools Emergency Relief (ESSER) funding. In partnership with Together Counseling, the Connect and Support Program provides counseling services for coping skills, wellness strategies, time management, family conflict, and stress reduction.

The Connect and Support Program is available to any K - 12 student or district employee and offers 30-minute tele-health sessions with a professional counselor before or after school or during an off-period. Sessions are customized to the needs of each client and are intended to be short-term, not exceeding ten sessions annually. The sessions are completely confidential and free of charge to Fargo Public Schools students and employees.

To set up an appointment, contact Tina, the Together Counseling Provider Relations Coordinator, at 701.404.0997 or tinaj@togethercounselinggroup.com.

Educating and empowering all students to succeed includes supporting and enhancing the social and emotional wellbeing of Fargo Public Schools students and staff. We are grateful to partner with Together Counseling to provide these services to our school family.

Welcome to the fifth Fargo South Activities Briefing! This has been included in your newsletter to provide information on the value of kids participating in activities, the events happening at South High, and information on the great things that our South students are doing.

From the National Federation of State High School Associations (NFHS)

“Another study (2001) done by Gary Overton, a doctoral candidate in the School of Education at East Carolina University, in collaboration with the North Carolina High School Athletic Association, of the academic performance of high school student athletes in North Carolina revealed significant differences between athletes and non- athletes. Some of the major findings in the study include:

Fargo South sponsors 24 varsity sports and over 30 groups, co-curricular activities, and co-curricular clubs. You can find the full list of opportunities at https://www.fargo.k12.nd.us/domain/138.

Gymnastics at the EDC Championship at Wahpeton at 5:00 PM

Knowledge Bowl at Zion Lutheran Church at 8:30 AM

Gymnastics State Tournament at Dickinson with times to be determined

*All times and dates are subject to change. Please find more events and the most current information on the South High Calendar at https://www.fargocalendars.org/public/genie/187/school/39/. 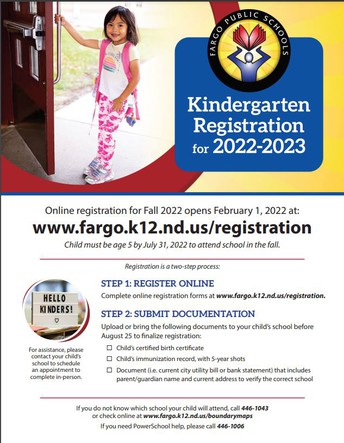 Registration is a two-step process:

STEP ONE: REGISTER ONLINE
Complete online registration forms at www.fargo.k12.nd.us/registration. For assistance, please contact your child’s school to schedule an appointment to complete in-person. Masks are required for all visitors.

STEP TWO: SUBMIT DOCUMENTATION
Upload or bring the following documents to your child’s school by August 25 to finalize registration. 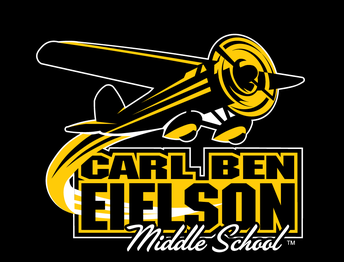 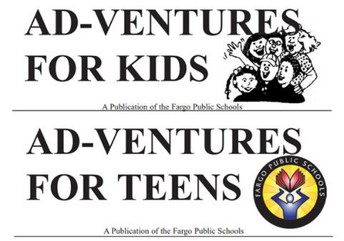 AD-Ventures is a district publication intended to help families find activities for their children throughout our community. It is published on the first of each month during the school year (September through May).

AD-Ventures for Kids is for youth in grade levels K-5.

AD-Ventures for Teens is for youth in grade levels 6-8.

Follow Carl Ben Eielson
Contact Carl Ben Eielson
Embed code is for website/blog and not email. To embed your newsletter in a Mass Notification System, click HERE to see how or reach out to support@smore.com
close