Teja is using Smore newsletters to spread the word online.

Get email updates from Teja: 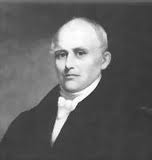 Miracle man Samuel Slater sneaks 'Textile Mill' design to America. Samuel Slater, a British man, came over to America with the Textile Mill design memorized. The British Parliament forbid smart engineers from immigrating to other countries, suspecting that they would give their Textile Mill plans to other countries. Because the British Parliament prohibited smart engineers from immigrating to other countries, Samuel Slater came disguised as a farmer. The British people are using their fancy technology to make things quickly and sell them for a cheap price. Now, everybody wants to buy their clothes from Britain and America's National Debt is going up. You will start to see more and more Textile Mills being built. Many of your neighbors and friends may leave their farm to work in a Textile Mill. It is a rumor that Slater himself may make his own Mill. We should all thank Slater from the bottom of our hearts for bringing the miracle machine that will change the way we look at technology forever. 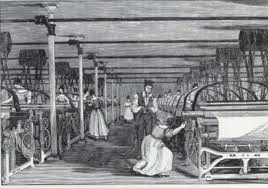 At your General Store!

You can cheap cloth! 1 yard by 1 yard is going to be 3¢! You should come on down to your General store and ask for some Slater Cloth. This cloth is made by The Slater Mills, where you can get fine quality fast fabric.

Teja is using Smore newsletters to spread the word online.

Follow Teja P
Contact Teja P
Embed code is for website/blog and not email. To embed your newsletter in a Mass Notification System, click HERE to see how or reach out to support@smore.com
close