Tamon is using Smore newsletters to spread the word online.

Get email updates from Tamon: 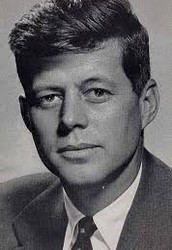 November 22, 1963, President John F. Kennedy was assassinated in Dallas, Texas. He was shot twice, from a sniper, and an hour after his death Lee Harvey Oswald was arrested for the crime.

The CIA was upset about the changes being made within the agency after the failed Bay of Pigs invasion. The CIA also did not want Kennedy to discharge CIA agents for disagreeing with him. Other theories pin the assassination on a rogue cell of the CIA or an agency contract killer gone rogue

The theory of forensic historian Patrick Nolan, whose book CIA Rogues and the Killing of the Kennedys asserts four high-level agents planned the shooting and three fired four shots in Dallas that day.

The Warren Commission’s verdict, that Lee Harvey Oswald alone was guilty of the assassination, was in place several days before the Commission itself was established. Thanks to the efforts of researchers, previously secret documents have exposed the workings of the Warren Commission and revealed the amount of hammering that was required to fit the square peg of the evidence into the round hole of the conclusion.

One theory asserts that the Mob was angry with efforts by brother Robert Kennedy, who served as Attorney General during the Kennedy administration, to crack down on organized crime. Another involves a theory that the Mafia was working with anti-Castro exile groups that were trying to take down JFK.

People knew Kennedy as a great president but, the motive behind his criticism, wasn't found fond by any of the oppositions. The C.I.A. was the prime opposition, they felt he was rogue.

Tamon is using Smore newsletters to spread the word online.