Get email updates from Kaylea: 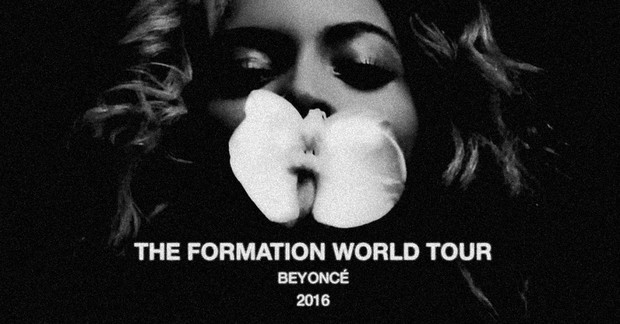 (Corresponds withe Numbered Locations on the Map Above)

Which tour will provide the most revenue based on GDP per capita?
- Singapore

In what country will the tour be the most popular, based on Internet access, media exposure, and record sales?

What is the cost for a ticket?

Which tour has the greatest crime risk?

- The United States Tour based on the total and per capita crime rates listed on http://www.nationmaster.com/country-info/stats/Crime/Total-crimes

What airline does the Beyonce use to get to the venues?

Which tour has the most risk of illness for Beyonce?

What other considerations are needed to plan a tour?

- What hotels she will be staying at, what restaurants she will eat at and what company's going to be in charge of security for the entirety of the tours.

What artist/band will open for Beyonce?

What song will Beyonce open with every night of the tour?

- Formation, because its called the "Formation" tour.

Follow Kaylea King
Contact Kaylea King
Embed code is for website/blog and not email. To embed your newsletter in your email, click HERE to see how or reach out to support@smore.com