A very unusual week at school where we saw our first cricket matches played over at the Beacon school in a beautiful flurry of snow!!! It didn’t deter our Under 9 boys as we won three out of the four matches. Very well done to William Chandler in Year 6 who impressed greatly in the Under 11A match on Wednesday taking 4 wickets and a wonderful catch. Mr Goddard, our Head of Cricket, has been delighted with the way training has been going all the way from Year 2 up to Year 6 - we really have some enthusiastic, determined and talented cricketers in the school.

My Heads’ Words are dominated today by news of staffing changes for the coming academic year. At the end of this year, Mrs Katy Singeisen will be leaving us after a quarter of a century based at Claires Court Junior Boys. Mrs Singeisen has been a Year 3 teacher for much of this time, and has looked after generations of families in the school. She is a wonderful teacher, and someone who has developed our R.S curriculum to include significant elements of philosophy, something the boys really enjoy. Her kind and nurturing approach to pastoral care has made her very popular, and both pupils and staff will miss her enormously. But Mrs Singeisen will not simply be retiring - she will be working several days a week at Beech Lodge school in Hurley, a school that was in fact created due to her inspiration when working with one of our families some time ago. We wish her the very best, and I would like to thank her very much for her amazing support of the school.

Stepping into the Year 3 role is Mrs Amy Carter. Mrs Carter will be moving from Juniper Hill where she teaches in Key Stage 2. Mrs Carter and I worked together some 20 years ago when she first started looking after boys and girls at one of our CC holiday camps, and I am really looking forward to welcoming her back to Claires Court - her subject specialties lie in the core subjects of English, Maths and Science, as well as Geography. She has a son with us in Year 1 and her husband Simon is the Head of Physical Education at the Senior Boys school.

Another change comes in the form of our LDD department. Mrs Anne Sayer will be leaving Claires Court Junior Boys school to retire. Anne joined the girls school in 1999 as a Geography teacher at secondary level and later became the school SENCo. I can remember accompanying her on a wonderful GCSE Geography field trip to the Brecon Beacons many years ago where we encountered horizontal rain at its very best! After spending time in Singapore, Anne then joined CCJB five years ago and took over the Special Education Needs Department, now known as the Learning Development Department.

Anne is an outstanding SENCo and has transformed the way we as a school have embraced pupils with learning differences. Through her vast array of skills and endless compassion, she has enabled her pupils to find new ways to learn and has inspired the boys to believe in themselves and their academic ability. She has also enabled the whole school staff to think differently about how they teach boys with different needs, and her department have thrived under her superb leadership. Knowledgeable, kind, and extremely patient, Anne has been an integral part of the success of Claires Court Junior Boys School. From a personal perspective, she is a wonderful friend and we are all going to miss working with her greatly.

Stepping into the role of SENCo for September is Mr Daniel Gillespie who many of you will know. Mr Gillespie currently works in the LDD department at Junior Boys and spends a great deal of time with Year 4. Mr Gillespie and I have worked together for many years at the senior boys school (and I used to teach him A level PE back in the 90’s which he keeps reminding me of!). Mr Gillespie is relishing the prospect of his new role.

I am also delighted to announce that we will be taking on Mrs Jan Icke as our new full time Drama teacher in September. Many of you will know Mrs Icke as she already works 2 days a week with us instructing our boys on Speech and Drama lessons. She will be working with all the age groups at specific times of the year, and bringing a new dimension to our Drama groups during after school activities. She will still be spending half of her week with individual pupils who are striving to pass their Language, Speech and Drama exams, but will spend the rest of her time working within our curriculum.

And the boys? They have been very busy! In lessons pupils in Year 1-Year 6 are preparing themselves for the summer assessments which are coming up in the middle of May. In assembly on Wednesday this week we continued to discuss the power of words, especially in the context of music and poetry. On Monday to celebrate the Queen’s 90th birthday and St George’s Day from the previous weekend, a number of our boys were dressed up in their Scouts/Beavers uniforms and looked very smart. Please have a look at the pictures below, there are also some lovely snaps of our Vegetable Garden assembly on Monday, of the Green Warriors who presented our Growing Plan, and of class RG who have been impressing their teachers all week.

We also have a busy weekend ahead, with our Think Tank Olympic team taking part in their Olympic Games in London on Saturday, and with our chess team in the Mega-finals over in Newbury on Monday. Best of luck to both teams, and to all the boys who are taking part in rugby tournaments for their clubs across the West Country this weekend - I hope the weather stays dry!

I will leave you with the super news that Mrs Susan Payne is recovering from her latest infection, and the Doctors are so pleased with her progress, they are considering starting her treatment of chemotherapy again. She is such a strong and resilient lady, we continue to hope that she will be able to recover from this serious illness. Have a lovely Bank Holiday weekend, and I look forward to seeing all of the boys on Tuesday. 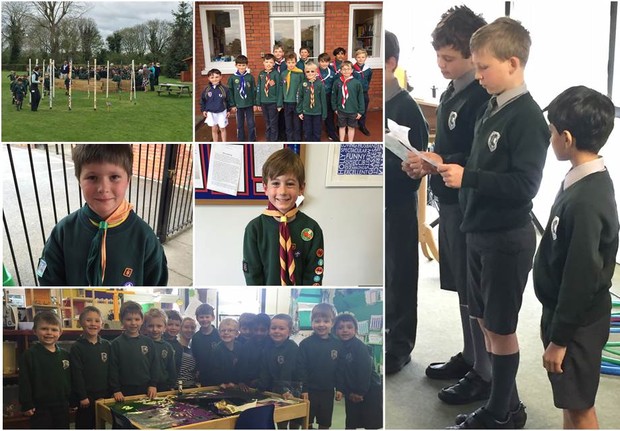 Stalls are rapidly being booked, so if you would like to secure one then please get in touch

We've had some amazing donations for the raffle already, so a huge thanks to those parents, but we are still collecting if you have any prizes to donate.

Finally please don't forget to get entries for the poster competition in before 6th May!

Don’t forget to enter the competition to design the poster for the Summer Fete. The theme is ‘The Great Outdoors’ and you will have received the information on how to enter through your class teacher. The closing date for entries to be returned is Friday 6 May 2016. 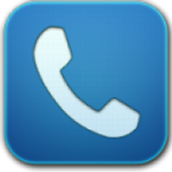 To ensure you speak to the most appropriate person, please note the numbers below.....

This is a reminder to parents that the activities which take place before the beginning of the school day start at 8.15am. There is no supervision of the children before that time unless they are registered into pre school care.

Very best wishes to Edward Verstringhe (Y6), Alistair Jesseman (Y6), Dylan Chaddha (Y5) and Jack Mundy (Y4) who will be putting their game playing skills to the test on Saturday as they compete at the annual ThinkTank (formerly MindLab ) Olympic Tournament at Twickenham Prep. We look forward to hearing how they perform against the other teams. More news on this next week.

Please ensure boys are clean and tidy and wearing their blazers.

Tickets are available for the Annual Claires Court Schools Boat Club Dinner which will be at the Senior Boys Sports Hall from 7.00pm to 11.00pm. This Black Tie or Henley Attire Dinner is a great event. Guest Speaker will be Tom Aggar GB Paralympic Champion and four-times World Champion. Tickets £35 per adult, £30 per student and Family Ticket £115 (2 adults and 2 children). Booking Form also available from Senior Boys Reception.

The Boat Club would be most grateful for any raffle prizes or items that could be auctioned on the evening. These items can be left at Senior Boys Reception. Thank you.

Friday 13 May - Y2 Books and Bushcraft

Calling all Year 2 boys and their Dads, you have been invited to enjoy an evening of Books and Bushcraft on Friday May 13th from 5pm - 6.30pm. This will be a fun evening with a bushcraft activity, delicious hot dogs, s'mores and an opportunity to share books together. A letter has already been sent out with a reply slip - look forward to seeing you all on the night!

Only a few weeks until the ball so we hope you have your outfits ready! The ball tickets have been sent out via your child's school, so they should have been received.

Monday 9 May - Y4 visit Highclere Castle. Consent slips need to be returned to the office by Wednesday 4 May please. Boys need a packed lunch.

Mrs Hankin and Mrs Hine (and hopefully a few others if they can be persuaded!) are taking part in the Pretty Muddy run in June. It's a muddy run with lots of obstacles. The money we raise will be donated to Myeloma UK . We have selected this charity to show our support for Mrs Payne during her illness. If anyone would like to make a donation please could they send money into the school office in an envelope marked 'Pretty Muddy'.

We are pleased to announce that parents are now able to view their child’s daily eating habits. This is available daily from 3pm via our website and the payportal alongside cashless till balances

Mrs Whiteley has a few places left for private swimming lessons for younger children. Please contact the office if you are interested.

The Sainsbury's active kids vouchers are finishing on 3 May. If you have any vouchers please drop them into the collection box in the entrance hall.

You can find the link to the Music Timetable here for you to keep abreast of the timings of peripatetic lessons.

There are two rabbit winners this week; Aman Singh and Jay Keyte.

Aman had been extremely brave when he hurt his arm on the lawn. Despite being in pain, he still followed the golden rules showing a great deal of maturity. Jay has been exceptionally helpful this week in the library where he has been looking after some of the younger pupils and has been an excellent role model.

Both boys are very worthy winners of this week's Rabbit Awards. 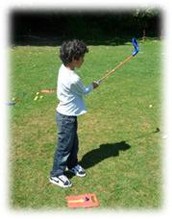 Here’s a little more about Mini, Mid and Kool’s ‘World of Sports’ theme week this coming holiday… build your own golf course, complete the Round the World Sporting Challenge and join our professional vocalist with songs from sporting events around the world!

Creative Kool Xtra activities for older children include dedicated days of Cookery, Crafts and Textiles. Also Sport Xtra provides plenty of opportunity to develop skills with three days of Cricket for boys & girls in Year 3 and above.

What will the boys be growing >>> 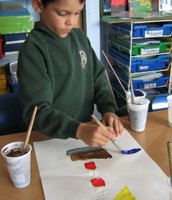 Check out what the boys have been up to >>>