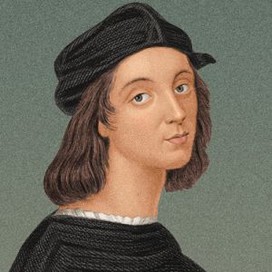 matthew is using Smore newsletters to spread the word online.

Get email updates from matthew: 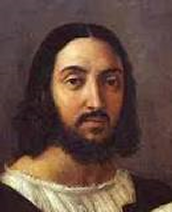 Italian Renaissance painter and architect Raphael was born Raffaello Sanzio on April 6, 1483, in Urbino, Italy. At the time, Urbino was a cultural center that encouraged the Arts. Raphael’s father, Giovanni Santi, was a painter for the Duke of Urbino, Federigo da Montefeltro. Giovanni taught the young Raphael basic painting techniques and exposed him to the principles of humanistic philosophy at the Duke of Urbino’s court.In 1494, when Raphael was just 11 years old, Giovanni died. Raphael then took over the daunting task of managing his father’s workshop. His success in this role quickly surpassed his father’s; Raphael was soon considered one of the finest painters in town. As a teen, he was even commissioned to paint for the Church of San Nicola in the neighboring town of Castello.

In 1504, Raphael left his apprenticeship with Perugino and moved to Florence, where he was heavily influenced by the works of the Italian painters Fra Bartolommeo, Leonardo da Vinci, Michelangelo and Masaccio. To Raphael, these innovative artists had achieved a whole new level of depth in their composition. By closely studying the details of their work, Raphael managed to develop an even more intricate and expressive personal style than was evident in his earlier paintings.From 1504 through 1507, Raphael produced a series of "Madonnas," which extrapolated on Leonardo da Vinci's works. Raphael's experimentation with this theme culminated in 1507 with his painting, La Belle jardine. That same year, Raphael created his most ambitious work in Florence, theEntombment, which was evocative of the ideas that Michelangelo had recently expressed in his Battle of Cascina. 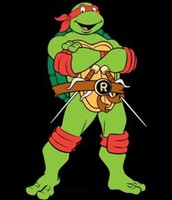 The School of Athens fresco

one of Raphael’s most famous works, was completed to decorate the Stanza della Segnatura commission by the Pope.

Housed at the Pitti Palace in Florence, Madonna dell Granduca was painted shortly after Raphael arrived in Florence in 1505. Some historians claim that the black background always existed while others believe that it was added later, Artdaily reported.

links to the used websites 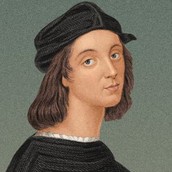 matthew is using Smore newsletters to spread the word online.