The Battle of Antietam started on September 17,1862. The Confederates were lead by General Robert E Lee and the Union was lead by General George McClellan. Lee split his troops up into 4 parts to confuse McClellan. McClellan did not immediately attack though he gave Lee sometime to retrieve his troops. Lee's plan was to invade the North then attack but that failed majorly. The war was the deadliest single day of fighting. After this war President Washington came out with the Emancipation Proclamation. 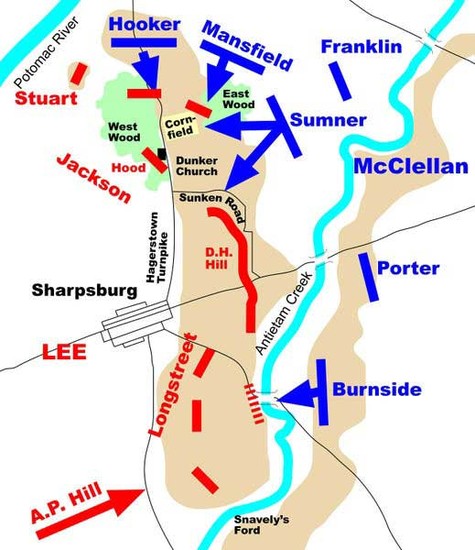 The Battle of Gettysburg began on July 1,1863. This battle only lasted for 3 days. This was the biggest bloodiest war in American History. The Confederates were lead by General Lee and General George Pickett. The Union was lead by General Meade. The Confederates lost 25,000 and the Union lost 23,000. Lee ordered a attack plan to make the Union panic so they can virtually destroy them. The Confederates fired 140 cannons at the Union General Pickett attacked the Union. The land they fought on later became known as the Picketts charge. General Lee surrendered to the Union on July 3,2015. Later after this war they had a Ceremony dedicated to the soldiers who fought in the Battle of Gettysburg. At this Ceremony Abraham Lincoln delivered a speech that later became known as the Gettysburg Address. In the Gettysburg Address Lincoln spoke on human equality, contained the Declaration of Independence, and connected the sacrifices of the Civil War to the desire for a new birth of freedom. This speech was the greatest speech in American History. 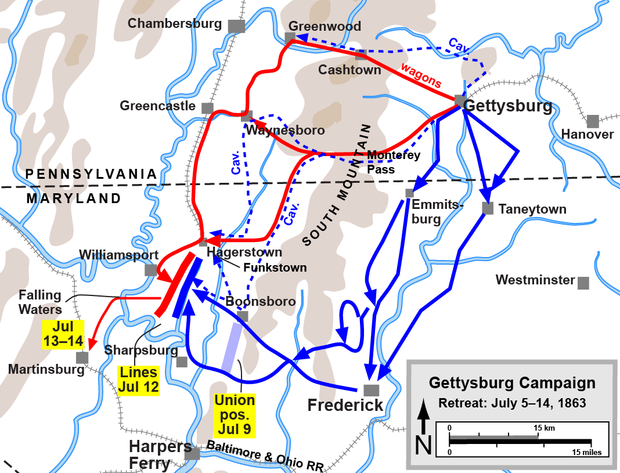 The battle of Vicksburg lasted 47 days. In April the Union lead by General Grant attacked the Confederates and stopped their resources such as food and supplies. The Union made the Confederates split up which made them loose all ports.The battle ended on July 4,1863. This was a major win for the Union because it turned the whole Civil War into their favor. Along with this win the Union also gained control over the lower Mississippi River which opened up a commercial avenue that hasn't been opened since secession. 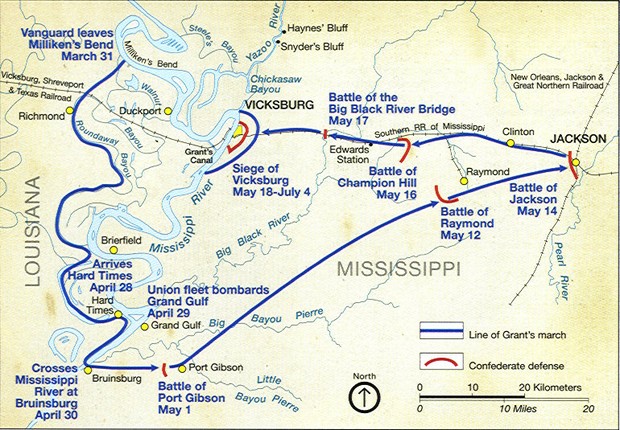 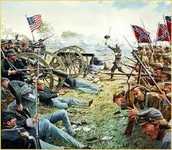