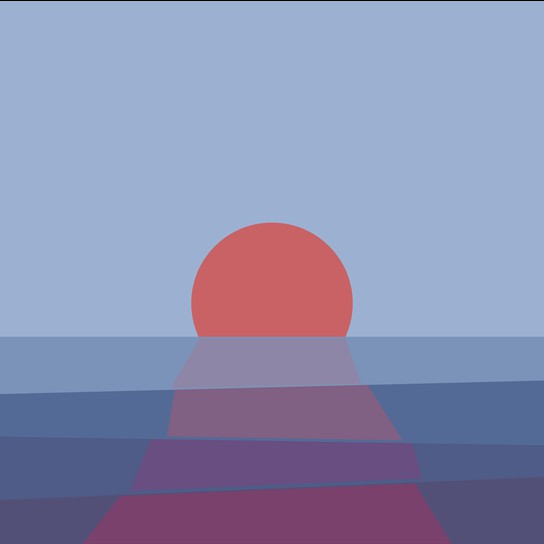 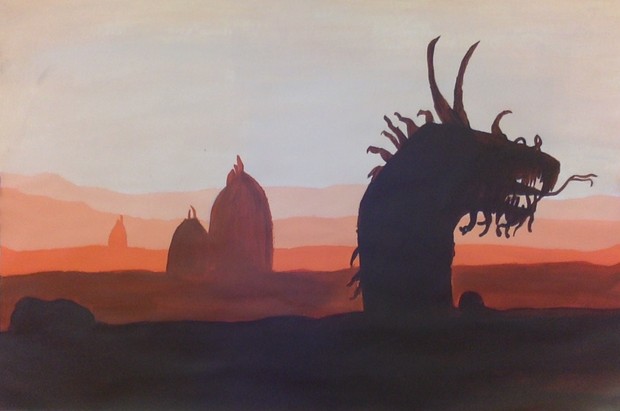 For my monochromatic painting, colour was used as my element to make a sense of unity. The colour I used was orange. The tints signify things that are further off, opposed to closer items that were coloured with the orange's shade. Orange was repeated throughout the whole painting, just in different forms.

The metal dragon sculpture in Anza-Borrego Desert State Park, located in Borrego Valley (Spring), (Southern) California. It and many other sculptures was requested by a multimillionaire, Dennis Avery, for its artist to create it on his land, and it was done from some where between 2007 and 2012. The sculpture(s) have been a boom to Borrego, which suffered more than most through the Great Recession.

Ricardo Breceda is the dragon's creator's name, he used metal as the main thing to sculpt the dragon along with others, and it took him roughly a couple of weeks to finish each sculptures . He really just started out building for his daughter, slowly it turned into a hobby, then a job. Dennis Avery hired him to create some more for him whne he seen some of Ricardo's creations. His job and his creations are just result from a hobby that was inspired to him by his daughter, so there isn't too much meaning behind them other than the enjoyment of doing it.

Follow Teddy Jade
Contact Teddy Jade
Embed code is for website/blog and not email. To embed your newsletter in a Mass Notification System, click HERE to see how or reach out to support@smore.com
close