jaimeson is using Smore newsletters to spread the word online.

Get email updates from jaimeson: 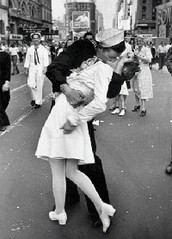 The two people in the picture of “The Kiss” were not together, they were complete strangers. They were an American Sailor (George Mendonsa) and the Lady with the white uniform (Greta Friedman), was a Nurse. A world famous photographer named Alfred Eisenstaedt stood and took the picture in Times Square as the total strangers kissed. Later, you realize that there is another girl standing in the background; Rita, his actual girlfriend, was standing right behind them smiling and watching. It turns out that was their first date. They ended up dating and live together, married, and came out with their secret about 67 years after World War II. 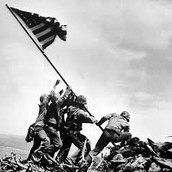 “The Kiss” happened the day they got back from the war. World War II ended when Japan surrendered because the navy and airforce were destroyed. All of the soldiers a came back and strung up lights all over Times Square, in New York City. They announced to all the people around that the Japanese have surrendered and they had finally won the war. Within all the joy, “ The Kiss” happened. Everyone was celebrating a random guy and a random girl kissing and because of all of the excitement, they didn’t even care.

The couple and the kiss ended up remaining a mystery for 67 years. Finally, they told their story and were interviewed in 2005. Greta Friedman said in the interview that it was impossible to forget a guy like him. Also, George said he had a few drinks from celebrating and that he was all hopped up with excitement and he just grabbed her pulled her in and kissed her. They went different ways and ended up being just friends when he married Rita, but he and Greta still do things together occasionally and not long ago they went back to see New York’s Times Square. In honor of them, they have a big statue of it in the Times Square where they all kissed and people go there to go and re enact it as if it was them. 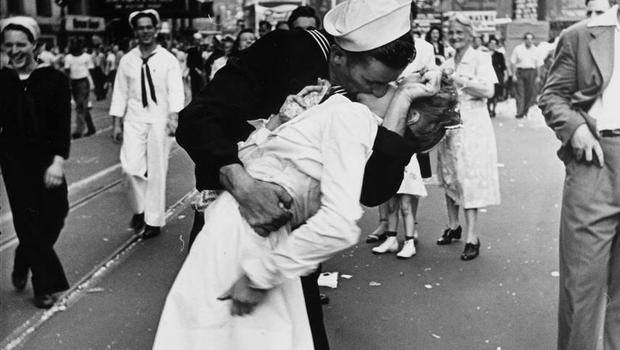 nypost.com
AT PEACE: Rita Petry says sheâ€™s never been mad that on their first date, husband George Mendonsa kissed a woman he thought was a nurse to celebrate the end of... www.dailymail.co.uk
George Mendonsa and Greta Zimmer Friedman reunited in Times Square, the location of their famous kiss, to talk about the inspiring photograph that came to symbolize the end of the war.

jaimeson is using Smore newsletters to spread the word online.