I'm not who think I am. Live it real.

Get email updates from Chinoyelum: 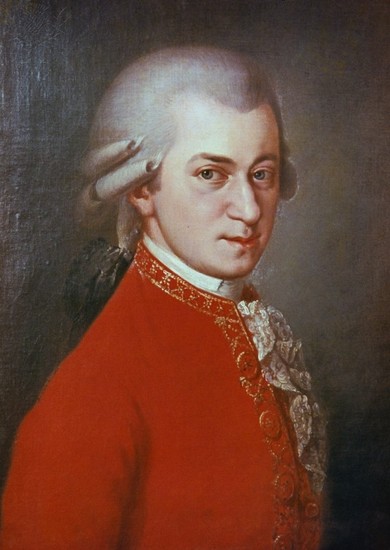 Wolfgang Amadeus Mozart was born in Salzburg, Austria, where his father Leopold was a violinist and composer. Wolfgang was a child prodigy. He composed his first piece of music at age five; he had his first piece published when he was seven; and he wrote his first opera when he was twelve. By the time Wolfgang was 6, he was an excellent pianist and violinist. He and his sister Maria Anna traveled all over Europe performing for royalty. When he grew up, Mozart moved to Vienna, and tried to earn a living as a pianist and composer. he also had six childern but only two of survived to be adults.

Mozart was born in Salzburg, Austria where his music talents began. He moves to Vienna, where gets married to Constanze Weber. At age 35 he dies and gets buried in a puaper's grave in Vienna,Austria.
Mozart - 12 Variations in C Major 'Ah vous dirai-je, Maman' K.265 (Twinkle, Twinkle Little Star)

This piece of music has 12 different variations of Twinkle Twinkle Little Star. It is long and has the same tune but just has different music added to it.

Other Pieces by Mozart

Other facts on Mozart

Mozat's full name was Johannes Chrysostomus Wolfgang Theophilus Mozart. His family called him Wolfi. Some people believe that Mozart at the age of 2 recongnized a pig's squeal as a G sharp. Because of his costant trvels, he eventually learned to speak 15 different languges.

I'm not who think I am. Live it real.