One recent lesson we did for To Kill a Mockingbird was comparing a scene from the text to a two minute clip from the film of that same scene. Students were to read along to the selection as the teacher read and then they viewed the clip. They then filled out their first two columns, then turned and talked with their neighbor and shared their thoughts. We then shared out as a class and discussed the scene as a whole, referring to the Golden Rule, and also comparing it to the film version. Students watched the clip again and the students were to focus on camera angles, close ups, and think about why actors and directors would make the decisions they do regarding editing and the way it's filmed.

The excerpt from the novel is found at the end of chapter 3 (the page number is different for different editions of the book) beginning with, "Something wrong, Scout?" and ending at, "I never went to school."

Below is the link to the clip of the film we viewed, as well as some student examples of their comparisons. 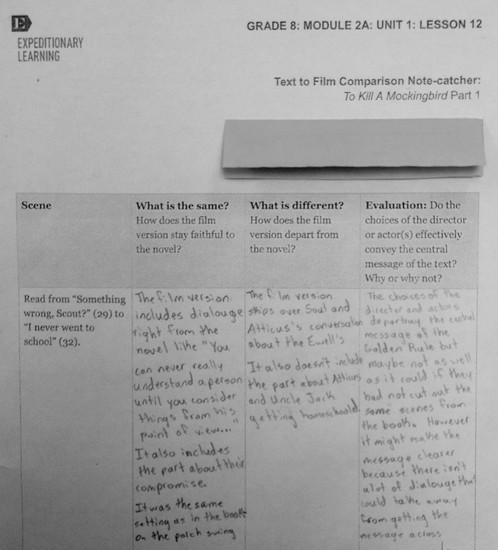 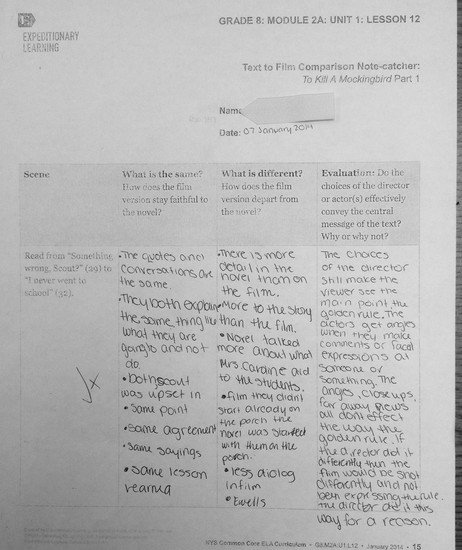