When I hear the word “media” I think of communication. In my opinion, it is many different types and forms of communication. The word “media” makes me think of news broadcasts, television, computers, books, magazines, and newspapers. Media is a way for people to broadcast their ideas and information so that people everywhere can be informed. For example, news broadcasters report the current events on what is going on in the world so that people are aware. Media has had a drastic change over the years and it influences people all over the world today. It is important to be able to see, read or even listen to media and understanding it accurately.

To be "media literate" in this century means to be able to analyze different types of media and understanding it as well. In this century, technology has risen and now there is even more different approaches to media and it is impossible to turn from because it is literally everywhere. Back then, it was okay to just be literate, as in knowing how to read and write but nowadays, it is essential to be media literate. It should be mandatory in society today because of the fact that media has taken over society. For example, today most of our information comes from television, our mobile devices, social media, commercials, magazines and etc. Media literacy should help people think critically and have their own interpretations of what is being said,read or even heard. This is something that should be taught worldwide to individuals to help them live in today's society. 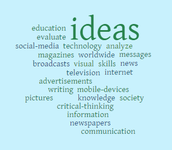 Visual of what media literacy basically is 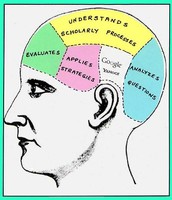 Media literacy is the ability to understand, evaluate, think and question today's media