Registered participants will find the meeting access code at pax.dsilglobal.com. 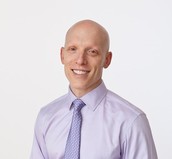 Scroll down to see the profile of our featured speaker.

In this interactive session Sasha Dichter, Chief Innovation Officer of Acumen, will share emerging patterns in the social innovation space occurring at the global, regional and local levels. This session will also explore lean data approaches to measuring social impact, a globally scaling initiative driven by Acumen. We will ask where we are, where the field is headed and what practitioners on the ground around the world need to know. 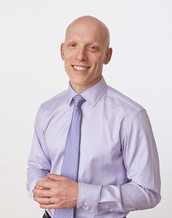 As Acumen’s Chief Innovation Officer, Sasha oversees Acumen’s work in Leadership and the spread of ideas. The encompasses Acumen’s Lean Data work, the Acumen Fellows Programs, +Acumen and other efforts to help Acumen change the way the world tackles poverty. In his previous role as Acumen’s as Director of Business Development, Sasha led global capital raising, including executing a successful $100M capital raise. Sasha is also a noted speaker and blogger on generosity, philanthropy and social change, the author of the Manifesto for Nonprofit CEOs, and the creator of Generosity Day. His talks have been featured prominently onTED.com, the DO Lectures, SOCAP and other major conferences; he has been recognized as an Innovation Agent by Fast Company magazine; and he has been a contributor to Harvard Business Review, Stanford Social Innovation Review and other leading publications. Sasha also serves on the Executive Committee of the Aspen Network of Development Entrepreneurs. Before Acumen, Sasha worked at GE Money to expand financial offerings to underserved communities globally; at IBM, spearheading the company’s corporate citizenship strategy and launching a leadership program for school administrators; and at the microfinance group of Bank Rakyat Indonesia. Sasha began his career at Booz | Allen | Hamilton consulting to telecommunications companies in Latin America and Europe. Sasha holds a BA from Harvard College, a Masters in Public Administration in International Development from Harvard’s Kennedy School and an MBA from Harvard Business School.

Facebook @DSILCourse
dsilglobal.com
Embed code is for website/blog and not email. To embed your newsletter in a Mass Notification System, click HERE to see how or reach out to support@smore.com
close