jordon is using Smore newsletters to spread the word online.

Get email updates from jordon: 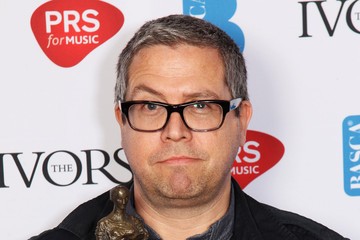 John Powell, born on September 18, 1963 in London, United Kingdom, is an English composer who is best known for his animated films such as Antz, Chicken Run, Shrek (all three co-composed with Harry Gregson-Williams), Robots, Happy Feet (and its sequel), three Ice Age sequels, Rio, How to Train Your Dragon, for which he was nominated for an Academy Award, and its 2014 sequel. Powell also scored live-action films such as the first three Bourne films, United 93, and Green Zone. Powell originally trained as a violinist as a child, before studying at Trinity College of Music in London. He later ventured into jazz and rock music, playing in a soul band the Faboulistics. On leaving college, he composed music for commercials, which led to a job as an assistant to the composer Patrick Doyle on several film productions, including Much Ado About Nothing which led him to do movies by Dreamworks.

The first major film that he scored called Face/Off started Powell's fame when he moved to Los Angeles in 1997 followed by many Dreamworks films such as Antz in 1998. 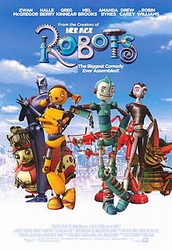 Robots (2005) is about Rodney Copperbottom trying to get Bigweld to see an invention that he had made called the Wonderbot. The Wonderbot is a machine that helped Rodney do his dishes at the place he works called Gunk's Greasy Spoon Diner. Rodney goes to Bigweld Industries to find out that Phineas T. Ratchet had taken over the place and Rodney goes on an adventure to try and convince Bigweld that he should take Bigweld Industries back.

There are three parts of the city: The High End District: The part of the city where the rich and famous robots live. Buildings and robots are all shiny and nearly everything is futuristic. Everyone here has a metal covering that hides all their inner workings. Bigweld Industries is here. Combustion District: A low-class place. It has numerous rust spots, and robots have the internal workings similar to a 1950's car at best. And the Steam District: The lowest part of the city, and therefore the rustiest. Parts of the district resemble the inventions of the Industrial Revolution, and everywhere is filled with broken machines.

Get up offa that thing - James Brown

"Get UP Offa' That Thing (Ali Dee Remix)" From Robots

jordon is using Smore newsletters to spread the word online.