Bravery in the Smallest

Bravery in the Smallest 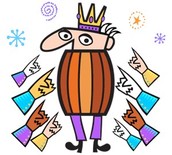 Analysis of Development of Theme

In "The Emperor's New Clothes" the characterization of the emperor and the child interact with the conflict to develop the theme. In the story, the emperor is described as vain, selfish, and unaware of his kingdom. For example, he spends a lot of money on clothes rather than helping his people. It states, "He cared so much about how he looked that he spent all of this money on new clothes instead of his kingdom" (1). This creates a conflict because the emperor is fooled by criminal weavers who take advantage of his vanity.

The little child, on the other hand, was not vain or proud. He the only citizen brave enough to point out that the emperor was naked. Gasp! Because of the emperor's situation in the kingdom, none of the other citizens dared to be honest with him. They were all too conflicted and scared. The child demonstrates the theme that bravery can come from any person no matter their background.

Reflection and Application of Theme

I agree with the theme that bravery can exist even in the youngest or smallest of individuals. The author developed this theme well enough for a young audience, but it could have been stronger if the character of the child was emphasized or described more. Also, a more intricate plot could add to the reading experience, thus creating a poignant experience for the reader with the theme.

This theme connects to my generation because we're obsessed with physical appearance and ourselves rather than recognizing that it is more brave to appreciate others and yourself for who you are and what you do, not what you look like. 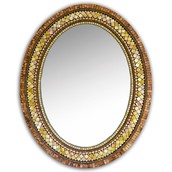 The mirror is a symbol appropriate for this story and theme because it is used to view appearances. A mirror, though, cannot reflect a person's qualities like bravery. Just like the emperor, a mirror can only see so much. 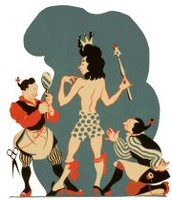 At the beginning of the story, the emperor is a selfish and vain man. He is tricked by others because of his own insecurities. However, after his public incident, he realizes that a great leader depends on how he helps his people rather than what he wears. At the end, he is brave enough to learn a lesson from his embarrassment.

When the emperor asks his counselor to check on the weavers and the clothes, the counselor thinks he is "too stupid" to see the clothing. He is not brave enough to tell the truth because he is so worried about his job. In this instance, a well-respected and authoritative counselor is a coward. Thus, we see that bravery is not a title. 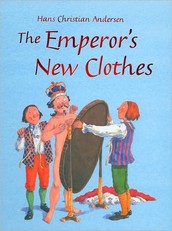 The emperor of Bulgaria is so consumed with riches and appearances that he neglects his kingdom's needs and focuses entirely on himself, soliciting the services of two con men who make him a pair of invisible clothes. The joke is on the emperor and his people because there are no clothes. However, no one is willing to admit that they can't see the clothes for fear of appearing stupid, out of style, or unfit for their position.

It is until the emperor makes a public appearance in his "new clothes" that somebody admits there are no clothes--a small child. 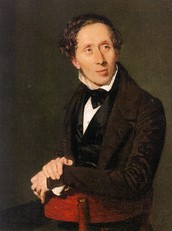 Danish author Hans Christian Andersen lived during the 1800s and wrote many famous fairy tales including The Little Mermaid, The Ugly Duckling, The Snow Queen, and others. Many of his stories have been adapted to theater, ballet, and film for children and adults alike. His stories are beloved and his legacy continues.
andersenfairytales.com
Danny Kaye - Hans Christian Andersen
Embed code is for website/blog and not email. To embed your newsletter in a Mass Notification System, click HERE to see how or reach out to support@smore.com
close