Franklin is using Smore newsletters to spread the word online.

Get email updates from Franklin:

Why Gamers Use Gaming Mouse

Everything you need to know about gaming mouse.

Why Gamers Use Gaming Mouse

Everything you need to know about gaming mouse. 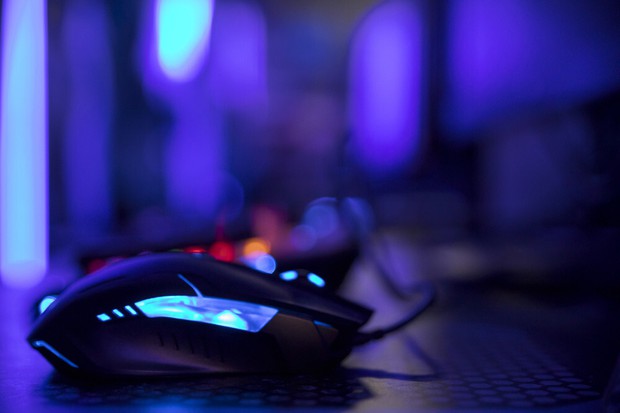 Reasonn to use gaming for games


From the beginning, computers had games you could play. Today, PC-based games have become more sophisticated because of the technological advances in computer chips, animation software, and computer hardware.

Even though you can play many of today's games on today's new computers, to play the more sophisticated games, and to get more out of your gaming experience, it's better to have computer devices—a mouse and keyboard, for example—that give you a winning chance.
All work and no play.

The standard mouse and keyboard are designed to be functional and effective for the home and work user.

For most of what the world does on a computer—send emails, write documents, search the Web, shop—all that is needed is pointing with a mouse, clicking on an on-screen button, and typing a few words on a log-in page or online form.

Not so with an online game that is played on a gaming computer. Sure, you can play the game, but you might not be able to play it the way it was meant to be played.

Think of a catcher or a first baseman taking the field with an infielder's glove. (It's simply never done!) Or think of a golfer playing around with only a few clubs instead of a complete set of unique woods and irons.

To play games on a PC, you need specialized equipment.

What gamers want (besides more games).

Here's a look at what gamers look for in a mouse that's designed for gaming. You'll see that the features that matter aren't as important to the typical computer user:

Feel. Gamers want a device that feels comfortable in their hands. It has to be easy to grip and easy to maneuver.

It should also be made of a type of plastic that doesn't collect finger grease or cause the player's hand to perspire. (Gamers get worked up when they play. It's not like writing a term paper!)

By the way, many gamers use their gaming mouse as their everyday mouse as well.

Responsiveness. Does your mouse seem to move slowly onscreen, where the cursor or pointer doesn't respond as quickly as you think it should? That's called "lag," and it's called lame by gamers.

A mouse's DPI (dots per inch) is a familiar term for gamers. A larger DPI number means more "counts" per inch of physical movement.

These things matter to gamers, as they're trying to move their cursor across the screen diagonally, vertically, and horizontally in fractions of a second.

The gaming has a very high click speed as compared to our normal mouse. Better mouse click speed definitely help get more scores in games.

At 3,000 DPI (a very high number), a gamer can supposedly send the cursor across a monitor screen with barely a touch.

Battery life (for a wireless mouse). Just as regular keyboards come in wired and wireless versions, so do gaming mice.

Changing batteries on anything is always a bit of an inconvenience, but imagine having a battery go soft during a gaming session. (It's like the battery going dead on a camera during a graduation ceremony.)

But the polling rate can be confusing, just like everything else with computers. Wired mice support 100Hz polling rates, twice as "fast" as the best a wireless mouse can do. But experts say you'd be hard-pressed to notice the difference.

Sensor quality. A mouse sensor defines its accuracy and determines whether it will react smoothly, act jittery (not good), or react too fast (acceleration).

The sensor in the mouse has to match exactly the movement of the hand to allow a game player to find his target or drive a fast, animated sports car through the back alleys of a tough fictional city.

In side-by-side tests of gaming mice, lag and responsiveness seem to be what researchers focus on most.

In reviews, you'll see comments that describe a mouse's ergonomics, how many programmable buttons it has, its maximum DPI, and what brand of the sensor is inside.

When gamers voice their dislikes about a mouse, here's what they usually say:

Logitech, Razer, and Corsair are three of the leading brand names you'll see at big box electronic retailers, but there are plenty of choices online, including Mad Catz, Steel Series, Genius, and Roccat.

There are also plenty of reviews you can read online.

But if you have a gamer in the family and they're looking for a new mouse, start by encouraging him or her to ask what their gamer friends use.

Nothing's better than down-home input from players who don't have any reason to be biased.

Franklin is using Smore newsletters to spread the word online.

Follow Franklin Willett
Contact Franklin Willett
Embed code is for website/blog and not email. To embed your newsletter in a Mass Notification System, click HERE to see how or reach out to support@smore.com