The End of the World and the Rapture? Signs of the Times in Matthew 24 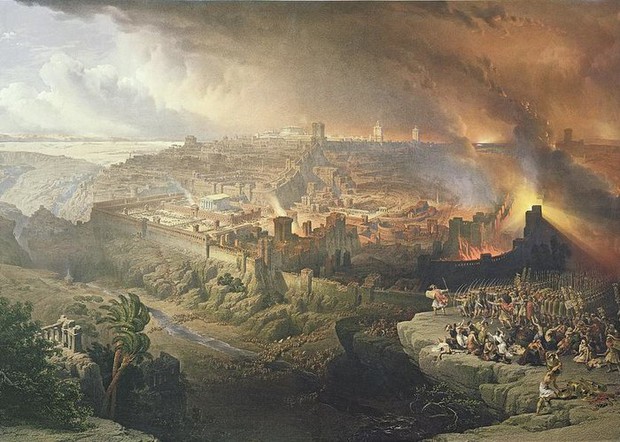 When the disciples asked about the end of the world in Matthew 24, some signs apply to every age such as wars, famines, earthquakes and pestilence of which we're seeing an unprecedented crescendo.

If we recall that the Greek language had no punctuation, "the end will come when you shall see the abomination of desolation" that the disciples understood to mean military force. When Rome came to Jerusalem in 66 AD, the Christians fled and were spared the siege by Titus in 70 AD.

End Times for Us?

Federal regulators gave banks "3-6 months" notice (Chicago Tribune, August 10) suggesting readiness for when they could not count on government help, and Homeland Security has purchased 450 million rounds of ammunition in anticipation of civil unrest and martial law. With the Patriot Act and Executive Orders in place, we have the ground work laid for what caused the disciples to flee.

The End of the World v Rapture

Using the Flood as a pivotal sign, Christ said, "Then two will be in the field; one taken, the other left." The Flood "took them all away," so that being left behind is a good thing. This is further supported by a parallel passage in Luke. After one is taken and the other is left--

"And they answered and said unto him, "Where, Lord? And he said unto them, Wheresoever the body is, there will the eagles be gathered together." Luke 17:37.

From the woman "taken" in adultery, to the beast taken and cast into the fire (Revelation 19:20), the predominant use of taken is negative. Those that are taken die; being taken is not about the rapture.

The next sign in Matthew 24 is another sudden and unexpected event. Know more here what is the abomination of desolation

"If the goodman of the house had known in what watch the thief would come, he would have watched and not suffered his house to be broken up." Matthew 24:43. This coming as a thief is the focus of the apostle Paul's statement:

"The day of the Lord so comes as a thief in the night. For when they shall say, 'Peace and safety, sudden destruction comes.' 1Thessalonians 5:2,3.

"The day of the Lord" is the Old Testament apocalyptic period that begins with an earthquake as seen in Joel 2:10,11. Peace and safety is the supposed reason for the Department of Homeland Security, DHS. The "sudden destruction" may be linked to an unprecedented earthquake initiating the day of the Lord.