deionna is using Smore newsletters to spread the word online.

Get email updates from deionna:

In 1801, Spain signed a secret treaty with France to return Louisiana Territory to France. Reports of the retrocession caused considerable uneasiness in the United States. Since the late 1780's, Americans had been moving westward into the Ohio River and Tennessee River valleys, and these settlers were highly dependent on free access to the Mississippi River and the strategic port of New Orleans. U.S. officials feared that France, resurgent under the leadership of Napoleon Bonaparte (1769-1821), would soon seek to dominate the Mississippi River and access to the Gulf of Mexico.
France was slow in taking control of Louisiana, but in 1802 Spanish authorities, apparently acting under French orders, revoked a U.S.-Spanish treaty that granted Americans the right to store goods in New Orleans. In response, Jefferson sent future U.S. president James Monroe (1758-1831) to Paris to aid Livingston in the New Orleans purchase talks. In mid-April 1803, shortly before Monroe’s arrival, the French asked a surprised Livingston if the United States was interested in purchasing all of Louisiana Territory.
Negotiations moved swiftly, and at the end of April the U.S. envoys agreed to pay $11,250,000 and assume claims of American citizens against France in the amount of $3,750,000. In exchange, the United States acquired the vast domain of Louisiana Territory, some 828,000 square miles of land. The treaty was dated April 30 and signed on May 2. In October, the U.S. Senate ratified the purchase, and in December 1803 France transferred authority over the region to the United States.
The acquisition of the Louisiana Territory for the bargain price of less than three cents an acre was among Jefferson’s most notable achievements as president. American expansion westward into the new lands began immediately, and in 1804 a territorial government was established. On April 30, 1812, exactly nine years after the Louisiana Purchase agreement was made, the first state to be carved from the territory–Louisiana–was admitted into the Union as the 18th U.S. state 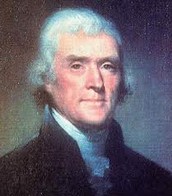 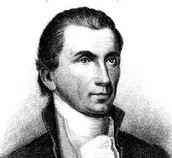 deionna is using Smore newsletters to spread the word online.