Get email updates from Tania Sofia: 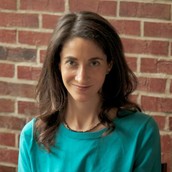 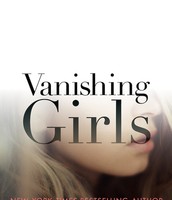 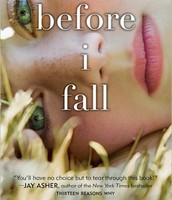 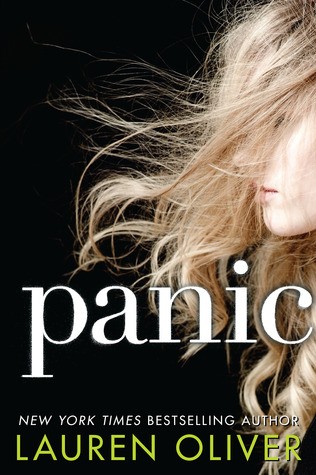 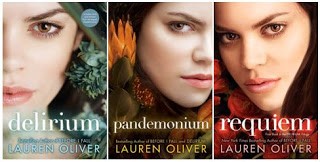 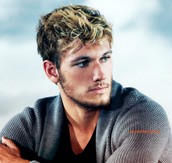 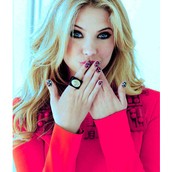 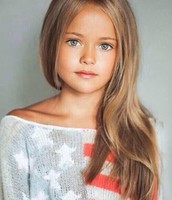 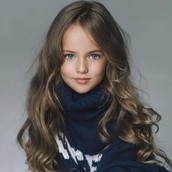 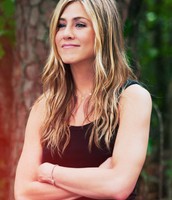 Lena's mother in the Crypts before she escapes 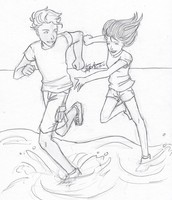 Lena and Alex racing to the water

Description of the Dystopian World :

In the book Delirium, it is described as a dystopian world because it takes place in the future and they have discovered that love is actually a disease called Amor-Deliria-Nervosa. The government has convinced society that love is a disease that needs to be wiped out. Everyone in the society, before their eighteen birthday should sustain a series of tests to analyze every aspect of their personality and how they are as a person. This is to lead the citizens to their best future careers and to find them a suitable partner. "Usually the evaluator generates a list of four or five approved matches, and the citizens are allowed to pick among them. This way everyone is happy." (page 21 Oliver). When the citizens are eighteen, they are cured of the deliria through a surgical procedure and then paired to live a safe and comfortable existence free from the pain, sorrow, and heartbreak that love can bring them. This society is ruled by a bureaucratic government control and a technological control. They make the society believe that the Wilds are dangerous and that the Invalids are horrible people because they refuse to take the cure. They make the society feel frightened about them and where they live at. The government refuses the citizens to have any communication with these Invalids by having theses raiders, regulators, and guards at the border.

The Evaluator's and Procedure Place

Citizens during their Evaluation's testing's 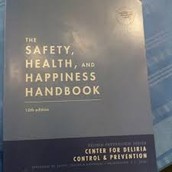 "The Book of Shh"

In the book Delirium, it uses propaganda because the government uses a bureaucratic control to scare the citizens into getting the cure, so that "deliria" doesn't steal their power. The government does this by making up lies about the Invalids. The government makes them have mandatory surgical producers to get rid of the disease. The government gives each citizen a "Book of Shh", which describes the disease of love, contains rules, tales, and religious anecdotes for the society. If any citizen burns the book or destroys it in any way, it is considered profanity. They make their freedom limited by making parties of forbidden, they have forbidden music that they can't listen to, they also banned books that were contaminated with love related elements. The society has a fear of the Wilds. The Wilds is where the Invalids live in. The society is afraid of them because they feel as if they will get infected as the government told them. They feel like their lives will be ruined and that they won't have a wonderful future. They know if they get infected, they will have their procedure moved up. If they refuse to get cured and are infected, they get thrown into the Crypts or be killed by the government. Another characteristic would be that the citizens are under constant surveillance. They make regulators, guards, and raiders check in and make the citizens swipe their ID cards to see where the young adults go and see what time their curfew is. They see what time their curfew is to make them go where they want to go or go back home. They check where they go, so they won't disobey one of the strict rules. The society is an illusion of a perfect world because the government told the society that they are preeminent than the Invalids. The invalids to the government and society are evil. The citizens believe that the invalids are evil to them because the invalids don't want to be cured and the society believes that the invalids want to infect them with the dreadful disease.

The society in Delirium is controlled by a corporate control, bureaucratic control, Technological, and philosophical /Religious control. The society is controlled by a corporate control because the regulators, raiders, security guards, and evaluator's are somewhat the society's government. They control the society by making them do procedures so they won't get infected by the disease, love. They set up a lot of check in's. They make parents choose specific curfews for their kids. The society is also controlled by a bureaucratic control because the government has forbidden music, poetry, and books that contain love. The government tells the society that music, poetry, and books contain the horrible disease and will make them want to have the disease. They make horrible lies about the Wilds. They say it is a horrible place filled with people that aren't cured. They are an incompetent government because they didn't know that some people from the Wilds were crossing over to Portland from the fence. They make horrible lies that love is a disease when it isn't. Lena in the story learns that what the government said about the disease isn't true at all. She learns that love is amazing and it actually makes her delighted. These invalids pretend to be cured, add fake ID cards, and had jobs. Alex is an example of one of these's invalids. The government didn't even realize this. They only found out later when they caught Alex and Lena. They didn't even try to chase Lena when she went over the fence to go in the Wilds. The society is also controlled by a technological control because a lot of citizens don't have cars, computers, I-Phones, I-Pads, tablets, laptops, Samsung, and etc, Some citizens do have these technologies, and the government tells them that they aren't allowed to listen to certain music on them especially about love. The citizens aren't allowed to go on certain websites. For example, they can only go on educational and government websites. They are also under a philosophical and religious control because "The Book of Shh" is almost like Bible to them. They feel dubious when someone talks ghastly about the book. An example of The Book of Shh is " Humans, unregulated, are cruel and capricious: violent and selfish: miserable and quarrelsome. It is only after their instincts and basic emotions have been controlled that they can be happy, generous, and good." (page 355 Oliver). The government kept this way of control so they can control these citizens and not let love take over their power. They feel like love is weak and will destroy their society. 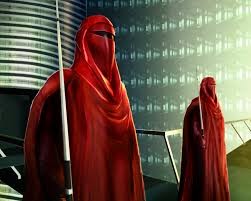 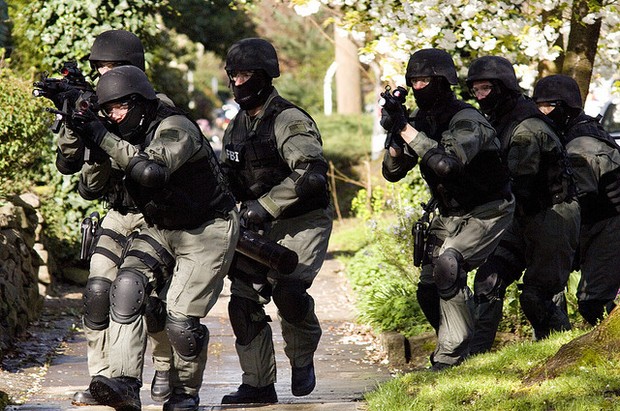 In the novel Delirium, Lena sometimes feels trapped about her feelings. She feels trapped about her feelings because when she meets Alex she knows she's feeling the symptoms of love. She knows she's not supposed to, so she tries to make herself stop and not feel those emotions towards Alex but it doesn't help. Her emotions make her feel trapped. Her emotions make her confused that if she should let these emotions take over her or listen to what the society tells her to feel. She feels the struggle to escape when she finds out Alex is an Invalid. She has the struggle to escape her emotions toward him because she knew she wasn't supposed to be with an Invalid because they will infect her with the disease. Later in the book, her trapped emotions change when Alex explains his feelings towards her. He explains to her how he got here and that he really loves her. He shows her that love isn't what the government and the society say it is. She finds that love actually makes you happy than the evaluator's picking who your spouse is going to be or the moment they choose your occupation or how many children you will have. She has another struggle when she wants to escape the world she lives in. She wants to escape because everyone in her family lied to her about her mom and the government isn't being truthful about love. She later believes that there is something wrong with her society when Alex changes her mind about the government. She notices that the government is really careless and secretive about the disease which is love and about the Invalids that live in the Wild's. Alex makes Lena realize that love is vigorous, even though the government says that love is pathetic. " I don't like to think that I'm still walking around with the disease running through my blood."(page 2 Oliver). This example shows that Lena in the beginning thought love is godawful. She believed the government when they said that the procedure will make you beatific. Later, Lena feels the opposite toward the end of the book." I'd rather die on my own terms than live my life on theirs. I'd rather die loving Alex than live without him."(page 425). The quote shows how she was so in love, that she would die loving Alex than not loving him. She learned that love is actually superior and that the government was wrong about love being an awful thing. From Lena's perspective, reader's can learn that her world was wrong about love. The reader's can learn that the government was trying to rule over people having to be in love. They are trying to take the citizens rights away. The government does this by making them do procedures, banning music, banning certain websites, banning parties, and banning books that contain love. There were no traits missing for Lena because her character shows how she rises when the realization hits her, that she's living with the lies of a malevolent and a fake government.

I would personally give Delirium a rating of five out of five stars. I really loved the book. The things that I loved in Delirium was it was in Lena's point of view. I loved how the author wrote about Lena's feelings to Alex. Their love for each other would always give me goosebumps. I loved how the book would make me gasp when Lena found out her mother didn't die. I loved how the author decided to write from Lena's perspective. I loved how Lena would defend Grace when her family would call her dumb for not talking. Lena was the only one that knew Grace could talk. I loved how Lauren Oliver made the book seem so real to me. Lauren Oliver made me think what if this actually happen. I thought to myself, would I be an invalid or someone in Delirium's society. I loved how the book made me fangirl over Alex and Lena's relationship. It made me follow this account on Tumblr of a fan-fiction about them, that is I got most of the drawing pictures I posted on here. I loved how Lena changes from a scared girl to a brave one. The brand new Lena shows she is fierce and she is fighting for what she believes in now. I really didn't like how the book ended. I wanted Alex and Lena to be together at the end. I can't wait to read the next sequel! I hope it is convenient because I really don't like dystopian books. I remember reading The Hunger Games and I loved it, but when I read the sequel's. I really didn't like The Hunger Games sequels at all. I hope the Delirium series are better and I hope I fall in love with them.Delirium made me fall in love with dystopian books all over again. 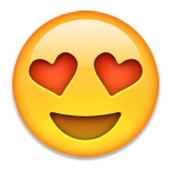 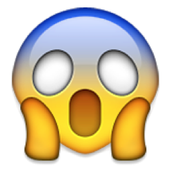 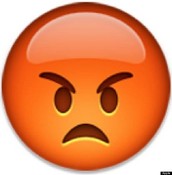