Getting Into the Swing of Things

This school year is entering its fourth week, and work in the two elementary classrooms is moving along. Maria Montessori had a term for this process of children finding their rhythm by developing their ability to concentrate, choosing works that appeal to them, and becoming self-disciplined- she called it "normalization."

She believed that children become normalized when their developmental needs are met. A Montessori classroom is built around those needs, and the first several weeks of a new year are spent "becoming normalized." What are the signs a child has reached that point? They include having love of order and of work, being able to concentrate, appreciating silence and working alone, having the power to act from real choices, showing independence and initiative, and being joyful. 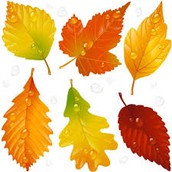 Nature presents us with so many ways to use leaves for learning in the fall. For young kids, collecting and sorting them is a fun activity, comparing what is the same and what is different. 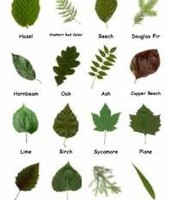 Try going on a leaf hunt and identifying the trees. If you are stumped by a specimen, use it as a chance to learn how to research information. Consult an online resource or take what you found to For-Mar Nature Preserve and Arboretum, located on Genesee Rd. just north of Davison Rd. They have an array of trees labeled with tags (and a knowledgeable staff of naturalists.)

Have you found some beautiful, colorful leaves? Show them off in your window. Arrange the leaves between two layers of wax paper. Use a warm iron (with adult help) to press them, melting the wax to lock them in.

We will be receiving a shipment of several ready-to-assemble shelves for the two new Montessori classrooms at Durant Tuuri Mott- and we are looking for a few volunteers to help us put them together. No special talent is required, but bringing a screwdriver would be helpful. The shipment is expected this Wednesday (September 27). If you are interested, please contact Elizabeth Jordan at (810) 610-7209 or jordanel19@yahoo.com for details (and so we can be sure to confirm with you that the shelves have arrived before you show up).
Get Directions

Follow Elizabeth Jordan
Contact Elizabeth Jordan
Embed code is for website/blog and not email. To embed your newsletter in a Mass Notification System, click HERE to see how or reach out to support@smore.com
close