Science,Tech and History of Prosthetics

Science,Tech and History of Prosthetics

The first known man made limb was a big toe made from the Egyptians in 950-750 B.C.E, B.C.E, The next known prosthetic was a iron arm worn by General Marcus Sergius, Ambroise Paré made significant advances in both amputation surgery, and the development of prosthetic limbs. limbs made in these times were used through 1500s and 1800s. During the civil war there were more amputees. one solider in the confederate army made the most advanced model to date. advancements were made during the world wars and through history then on, Today prosthetic limbs are made by using metal ,computer and engineering tech. some researchers are trying to find a way to 3D print limbs to make it more available for people who cant afford one or more. 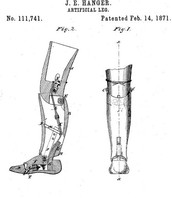 Metal Gear Solid 5 The Phantom Pain. A prosthetic used through out the game. 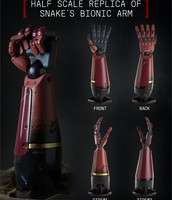 30 million people without limbs cant afford the costs of limbs. The positives are that people are finding ways to 3D print limbs to be cheaper and be more available

The Egyptians were the first ones to create a prosthetic limb, Continued to general Marcus Serigus who had a iron prosthetic arm, Then seeing prosthetics in the civil war. After the war and on prosthetic tech and sci progressed to today.

A law that states: One limb per lifetime, Meaning if it breaks you cant get another with medicaid or medicare.

Older model limbs feel uncomfortable and take a while to understand. Newer models return touch and feeling back to the limbs of the user.

Currently does not use green energy, Takes a lot of materials to make. Like metals and computer and engineering tech to make high quality limbs.