And How It's Flawed

And How It's Flawed

PollEv.com
This is the place to be if you're trying to participate in a live poll.

Immigration is a topic that affects everyone, no matter what their political views are. Immigrants coming to America are being portrayed as ruthless criminals, when in reality, a majority only want to better their lives for themselves and their families. However, they are being stopped by the strict immigration process. Although having secure borders is critical for the safety of our nation, it is hypocritical of the United States to say that it is the land of the free, when we are preventing families from getting the freedoms they deserve just as we did years ago. 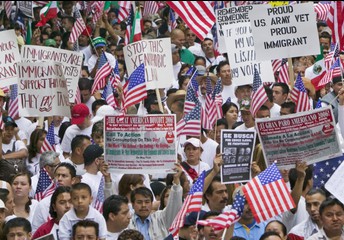 Immigrants seeking refuge from devastating conditions of their native land come to America to obtain citizenship and opportunity. However, more often than not, obtaining legal status takes over a decade. America brings in 20% of immigrants worldwide, and an estimated 15% of the U.S. population are immigrants. Our project focuses on informing those who aren't aware of the absurd conditions immigrants face when coming to the U.S. We are going to discuss the flaws of the current immigration system and how it's underfunded. The root causes of the issue are the lack of modern technology; as well as the high demand that causes huge delays. We want to help inspire reform by spreading awareness.

We plan on raising awareness of the issues that lie within the legal immigration process by making a PSA that shows what immigrants coming into America really go through and the hardship they face. We are going to do this in hopes of inspiring reform within the legal system that is so outdated and underfunded that people are waiting decades to start their lives here.

Brookings "Inside the Immigration Process." 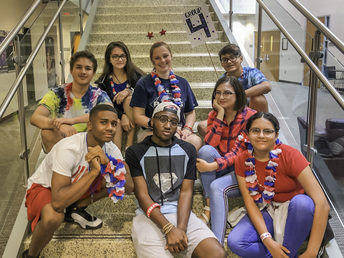 We are Group 4 and are called the Resilient Representatives. Our group members include Michelle, Blake, Dylan, Chris, Ashlyn, Miranda, Jasmine, Devin, and Samuel. We chose to cover immigration because we felt there was a need to make people aware of how difficult it is to get into the country and how insufficient the immigration process is.

Michelle is a Scorpio, Miranda is a Scorpio, Ashlyn is a Virgo, Chris is an Aries, Blake is a Scorpio, Jenae is an Aquarius, Jasmine is a Taurus, Devin and Samuel are unknown, and Dylan likes the cookies here. :)

Jasmine: "I learned that the immigration process takes a long time."

Chris: "I learned how to advocate about something that you want changed and how to be engaged."

Dylan: "Everyone can make a change."

Blake: "I learned how to project my communal ideas into official presentations that display thoughtful issues and improvements to the community."

Miranda: "What I learned this week is many people (In my group) have the same opinions as me on certain topics."

Ashlyn: "At this camp, I've learned how I can advocate for things I believe in. I also learned about a lot of issues occurring in our community."

Michelle: "I learned how to influence and change a community for the better."