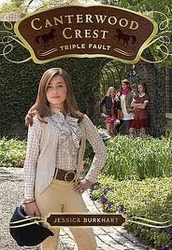 This book was a very awesome book if you love horses. Canter Wood Crest Triple Fault was about a girl named Sasha who rides at the Canter wood Crest School. The story took place during the school year. This book is meant to tell you about a girl that loves to ride horses and about her and school. Sasha was in a fight with her best friend Callie. They made- up in the book when Callie’s horse Jack got hurt. Also, Sasha was doing all of her school work. Sasha got in trouble for trying to ride her horse Charm out in the dark. Mr. Connor’s saw them and they got expelled from riding at night. Sasha and her friends did barn work and wrote a letter to Mr. Connor’s to tell him that they were very sorry for riding outside in the dark. Mr. Connor’s read the letter and finally told them that they could ride again. I loved this book because it was all about horses and I love to ride horses. If you don’t like horse I would suggest that you don’t read the book because the whole inter book is about horses. I would definitely recommend this book to anyone that loves horses and loves to ride horse. A good grade to read this in is 5th or 6th grades. I think the lexile would be around 400. This book has other books to the series. The author Jessica Burkhart put a lot of time and effort into writing the books in the series. 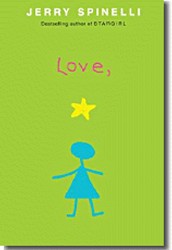 Love Stargirl…what do you think when you hear those to words? A letter? A love poem? A diary? In Jerry Spinelli’s sequel to Stargirl, the whole book is a huge letter- that will never be mailed.

Stargirl Caraway, usually optimistic and bright is left pessimistic and lonely after-well just in case you haven’t read Stargirl, I won’t tell you, in the town her family has moved to. But this town isn’t all that normal, it is filled with depressed 11 year old girls, strange but cute little girls, old ladies who are afraid to leave their house and old men who are afraid to go inside a specific house. And to top off her lingering feelings for Leo she is starting to bud some love with a particular boy who she just can’t figure out. Despite all these mini stories, if you will, the main idea of the book is to get to the Solstice. Confused, lonely and unscheduled Stargirl has one planned part of her life to look to every week- Thursdays. Every Thursday Stargirl plants “markers” in a plain filed to form a semicircle so that she will know the exact position of the sun on the Solstice.

I rate this story 4 stars because the story line is pretty puzzling. All of the “mini stories” take away from the main plot. And our perky Stargirl has gone bad. For about ½ of the book Stargirl isn’t herself, which I found slightly upsetting. But overall I would recommend this book to 6th-7th graders. Because of all Spinelli’s “mini stories” this book is kind of unclear and somewhat frustrating, but it is a great read and will certainly be enjoyed. I definitely recommend Love, Stargirl, but read Stargirl first. 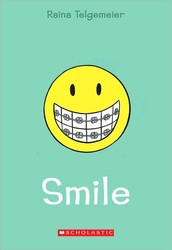 Book By: Raina Telgemeier Revew By: Katie B.

This book is a graphic novel, if you like drama then this is your book. It is about a girl Rania that is having some social trouble. Rania has younger sisters. She does girl scouts. One night when her friend’s mom was dropping her off she fell and lost her front teeth. She had root canals and other surgeries. She also didn’t want to get braces but she had to. She also likes this boy and that doesn’t all go that great because she can’t smile at him because she technically doesn’t have teeth and she is afraid of what he thinks. Her friends start to be mean to her because she is a metal mouth and a brace face. But she makes new friends that don’t care if she has braces or anything. Finally there is a prom coming up and she helps with decoration and everything. Then her and her friends take a group picture together. I would rate this book a 4 ½ because it is a really good book but it is very easy. This book is for 5th grade up to 12th grade.

The Summer I Turned Pretty 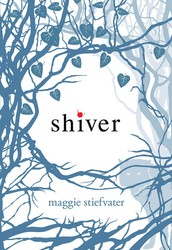 When 11 year old Grace gets attacked by the mysterious wolves, and she somehow survives her interest in them surges, especially her interest in the yellow eyed wolf. When she starts 11th grade at Mercy Falls high school one of her fellow classmates is attacked, and she thinks she saw him, in the woods after he was pronounced dead. But when she comes home to a boy with a gun wound on his neck lying on her porch, her suspicions are confirmed. Sam is the yellowed eyed wolf, and they fall hopelessly in love, but with it being winter, Sam is on the brink of changing back. Will he survive the winter bundled up so he doesn’t change for the last time, or will grace lose him to the woods forever?

This book in my opinion gets 5 out of 5 stars. Maggie Stiefvater did a phenomenal job creating this on the edge of your seat suspenseful romance. There was conflict after conflict not to be solved until the beginning of another chapter, which kept you wanting more. When Sam was on the brink of changing, a new conflict would make it even harder for him to stay and you kept reading and reading to wait and see what would finally happen. But to find out, you will have to read Shiver, and then you can read the two other books in the series. I would recommend this book to 7th grade and up due to some of the content, but overall it is pretty appropriate. 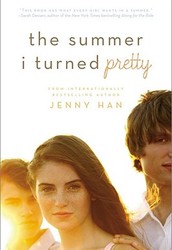 Love is filling the air at the beach with Conrad, Jeremiah, and, Belly, or……………. Isabel?

If you like a book about drama this is the book for you. 15 year old Belly does belly flops every summer, not for choice she is forced to by Conrad and Jeremiah. Now, things have changed, EVERYTHING has changed. Conrad and Jeremiah are starting to have feelings for Bel-, no longer Belly, Isabel. She has feelings for them too. What will happen? Will they start……….. Dating? Susannah, Conrad and Jeremiah’s mom, is getting sick. Everyone is sad about this tragic event. What will happen? Laurel, Belly’s mom and Susannah have a very close relationship. One, day when Susannah and Laurel thought that the kids were at the beach, they weren’t. The started talking about secret stuff they didn’t want the kids to know. Belly and Jeremiah heard everything they said. Jeremiah’s heart was broken. Belly felt sick. Running to the beach crying they told Steven and Conrad everything they had heard. All four of them were heart broken. They had to help their moms. While going through this tragic event they still had to worry about themselves. Every night belly goes for a swim in the backyard. One night, Conrad came out smoking. Belly was shocked at this. He quit football also. He loved football. Was he doing drugs? The next day Laurel came up to Belly and asked her if she knew if Conrad was doing drugs, she said no but she didn’t really know. Was he? Why did he quit football was he going to die no one knew what would happen. Is this summer going to really be pretty?