Get email updates from Sasha:

Reading is the foundation of all other academic areas and is especially important as students move up grade levels. It is important that students become accustomed to reading both fiction and non-fiction text. Please be mindful of the amount of reading your child does this year, as well as the balance of different reading genres. Students should be reading for at least 30 minutes each night.

Students have writing homework EVERY night. These are called quick-writes, and your child already has a composition book dedicated to this assignment.

To complete a quick-write, students are to write for 10 minutes about a given topic. There is no right/wrong as long as they are writing. The purpose of this assignment is to practice generating ideas and improving the skill of putting those ideas in writing. Quick-write topics are also posted on eclass and may be completed online instead of with pencil and paper. Students are encouraged to respond to classmates’ posts on eclass. (currently my eclass page is listed under Williams until it can be changed to DeVoe). 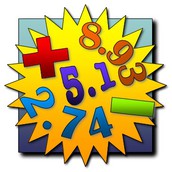 A study guide will be sent home today.

b. Compare two decimals to thousandths based on meanings of the digits in each place, using >, =, and <

MCC5.NBT.4 Use place value understanding to round decimals to any place.

PLEASE make sure your child knows their facts WITH FLUENCY. This means they can recite all of their facts on command, without having to count on fingers or draw a picture. This will help them significantly as we move forward in math.

A study guide will be sent home next week.

14c) - Explain the role of chromosomes in development 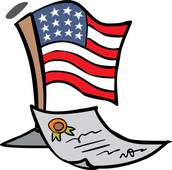 This week students analyzed the Bill of Rights. Next week, our focus will still be on Reconstruction. We will also examine citizen’s rights, due process, and the amendment process in further detail.

34b - explain the work of the Freedmen's Bureau

36a - explain the responsibilities of a citizen

36b - explain the freedoms granted by the Bill of Rights

36c - explain the concept of due process of law

37a - explain the amendment process outlined in the Constitution

37b - describe the purpose for the amendment process

38a - investigate the economic activities pursued by the northerners including opening mines, building factories and replacing devastated fields