For families & the Bremerton community

For families & the Bremerton community

Today, the Supreme Court of the United States granted review in Kennedy v. Bremerton School District, a suit brought by Bremerton High School’s former assistant football coach, Joseph Kennedy. Because this case has been going on for more than six years and is likely to receive national media coverage, we wanted to share some background and let you know what actions the District has taken to protect the rights of all students, families, and staff.

For years, Mr. Kennedy delivered prayers to students on the 50-yard line immediately after Bremerton football games. When a coach from another team informed the District in 2015 about what Mr. Kennedy was doing, the District offered Mr. Kennedy many different options to pray at work while also ensuring that the District complied with our legal obligations and respected all students’ rights not to feel coerced to pray with a faculty member in order to play football. Mr. Kennedy spurned all efforts to accommodate him, and announced in the media that he was going to continue his practice of having prayers with students at the games. At the next varsity football game, a crowd of students, members of the media, and others from outside the school community stormed the football field to join him, knocking down some students in the school band. The District then took additional steps to ensure that spectators could not come onto the field after games. When Mr. Kennedy continued having the postgame prayers, he was placed on administrative leave for the rest of the season. When his contract expired, he did not reapply for his coaching position for 2016 but instead sued the District.

Every court that has heard the case since then has agreed that the District’s actions were not only lawful but legally required to respect the constitutional rights of students and their families. You may hear false reports that Mr. Kennedy sought merely to pray privately and silently at school and that he was prevented from doing so. That is simply not what happened.

The Supreme Court is now hearing the case and is expected to deliver a decision by the end of June. In the meantime, with the support of our school board, District leadership will continue to focus on providing the best possible education for all Bremerton students, while protecting the health and safety of District students, staff, and the entire community in the difficult circumstances caused by the ongoing COVID-19 pandemic.

The Bremerton School District respects the rights and religious freedom of all our students, their families, and District staff, and we remain committed to ensuring that our schools continue to be welcoming, inclusive environments where all can learn and grow. 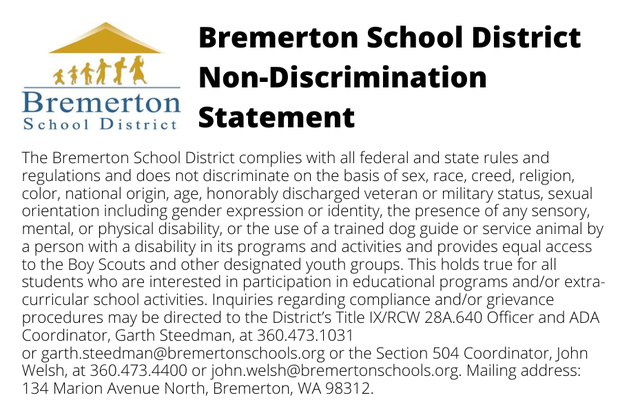 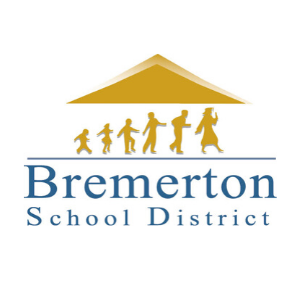 Facebook
360-473-1000 bremertonschools.org
Embed code is for website/blog and not email. To embed your newsletter in a Mass Notification System, click HERE to see how or reach out to support@smore.com
close