Why read the classics?

There are so many classic books that are perfect reads for teenagers, but a lot of them look unfortunately boring or daunting. Read this list and venture outside the YA bubble 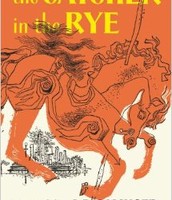 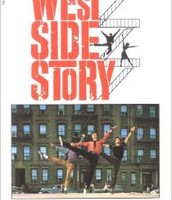 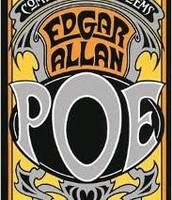 If you like Suzanne Collins, Ally Condie, Michael Grant or Veronica Roth…

… try some of the original, ground-breaking dystopian adventures.

Written in 1948, 1984 was George Orwell's chilling prophecy about the future. And while 1984 has come and gone, Orwell's narrative is more timely that ever. 1984 presents a "negative utopia," that is at once a startling and haunting vision of the world—so powerful that it is completely convincing from start to finish. No one can deny the power of this novel, its hold on the imaginations of entire generations of readers, or the resiliency of its admonitions—a legacy that seems to grow, not lessen, with the passage of time.

Guy Montag was a fireman whose job it was to start fires. And he enjoyed his job. He had been a fireman for ten years, and he had never questioned the pleasure of the midnight runs nor the joy of watching pages consumed by flames...never questioned anything until he met a seventeen-year-old who told him of a past when people were not afraid. Then Guy met a professor who told him of a future in which people could think. And Guy Montag suddenly realized what he had to do!

If you like the Twilight series, Lauren Oliver, or Lauren Kate...

…you need to read the classic gothic romances.

A young governess falls in love with her employer in this classic coming-of-age tale set in 19th-century England.

If you like Neil Gaiman, Harry Potter, or Philip Pullman…

… you should try some epic fantasy or gothic tales!

One of the most original American writers, Edgar Allan Poe shaped the development of both the detective story and the science-fiction story. Some of his poems - "The Raven," "The Bells," "Annabel Lee" - remain among the most popular in American literature. Poe's tales of the macabre still thrill readers of all ages. Here are familiar favorites like "The Purloined Letter," "The Fall of the House of Usher," and "The Murders in the Rue Morgue," together with less well-known masterpieces "The Imp of the Perverse," "The Narrative of A. Gordon Pym" and "Ligeia," which is now recognized as one of the first science-fiction stories, a total of seventy-three tales in all, plus fifty-three poems and a generous sampling of Poe's essays, criticism and journalistic writings.

ovel by J.D. Salinger, published in 1951. The influential and widely acclaimed story details the two days in the life of 16-year-old Holden Caulfield after he has been expelled from prep school. Confused and disillusioned, he searches for truth and rails against the "phoniness" of the adult world. He ends up exhausted and emotionally ill, in a psychiatrist's office. After he recovers from his breakdown, Holden relates his experiences to the reader.

Maria and Tony came together through love but violence threatened to tear them apart. Maria was young and innocent and had never known love, until Tony. Maria's brother, Bernardo, was the leader of a gang, the Sharks, and Tony had once led its rival, The Jets. Now both gangs were claiming the same "turf." Tony promised Maria that he would stay out of it. Will he be able to keep his promise or would their new-found love be destroyed by sudden death?

William Golding's classic tale about a group of English schoolboys who are plane-wrecked on a deserted island is just as chilling and relevant today as when it was first published in 1954. At first, the stranded boys cooperate, attempting to gather food, make shelters, and maintain signal fires. Overseeing their efforts are Ralph, "the boy with fair hair," and Piggy, Ralph's chubby, wisdom-dispensing sidekick whose thick spectacles come in handy for lighting fires. Although Ralph tries to impose order and delegate responsibility, there are many in their number who would rather swim, play, or hunt the island's wild pig population. Soon Ralph's rules are being ignored or challenged outright. His fiercest antagonist is Jack, the redheaded leader of the pig hunters, who manages to lure away many of the boys to join his band of painted savages.

First published in the Soviet journal Novy Mir in 1962, One Day in the Life of Ivan Denisovich stands as a classic of contemporary literature. The story of labor-camp inmate IvanDenisovich Shukhov, it graphically describes his struggle to maintain his dignity in the face of communist oppression.

This exemplar novel of the Jazz Age has been acclaimed by generations of readers. The story of the fabulous wealthy Jay Gatsby and his love for the beautiful Daisy Buchanan, of lavish parties on Long Island at the time when THE NEW YORK TIMES noted "gin as the national drink and sex the national obsession," it i an exquisitely crafted tale of America in the 1920s.

Boisterous, ribald, and ultimately shattering, Ken Kesey's One Flew Over the Cuckoo's Nest is the seminal novel of the 1960s that has left an indelible mark on the literature of our time. Here is the unforgettable story of a mental ward and its inhabitants, especially the tyrannical Big Nurse Ratched and Randle Patrick McMurphy, the brawling, fun-loving new inmate who resolves to oppose her. We see the struggle through the eyes of Chief Bromden, the seemingly mute half-Indian patient who witnesses and understands McMurphy's heroic attempt to do battle with the awesome powers that keep them all imprisoned.

A treasure worth killing for. Sam Spade, a slightly shopworn private eye with his own solitary code of ethics. A perfumed grafter named Joel Cairo, a fat man name Gutman, and Brigid OShaughnessy, a beautiful and treacherous woman whose loyalties shift at the drop of a dime. These are the ingredients of Dashiell Hammetts coolly glittering gem of detective fiction, a novel that has haunted three generations of readers.

The powerful drama of Willy Loman & his tragic end. Ever since it was first performed in 1949, Death of a Salesman has been recognized as a milestone of the American theater. In the person of Willy Loman, the aging, failing salesman who makes his living riding on a smile and a shoeshine, Arthur Miller redefined the tragic hero as a man whose dreams are at once insupportably vast and dangerously insubstantial. He has given us a figure whose name has become a symbol for a kind of majestic grandiosity-and a play that compresses epic extremes of humor and anguish, promise and loss, between the four walls of an American living room.

First produced and published in 1938, this drama of life in the small village of Grover's Corners has become an American classic and is Thornton Wilder's most renowned and most frequently performed play. Taking as his material three periods in the history of a placid New Hampshire town, Mr. Wilder has transformed the simple events of human life into universal reverie. He has given familiar facts a deeply moving, philosophical perspective.