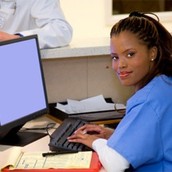 Biostatisticians often work at either universities or hospitals to have access to people to survey. Afterwards, they work at their computers or desks to find the needed statistic.

The BLS states that job growth for statisticians will be about 14% by 2020, which is slightly faster than average when compared to other fields. However, it is estimated that growth in biostatistics and health fields will be faster because of the larger supply of lifescience jobs. Medical Statisticians are expected to have the amount of jobs increase by 27% from 2012 to 2022, which is faster than the national average for all careers