Get email updates from Savannah: 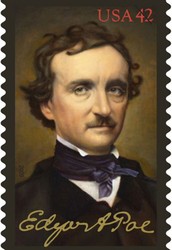 Edgar Allan Poe was a romanticism poet during the early 1800's. He expressed his feelings through multiple best known poems, such as, "The Fall of the House of Usher," "The Tell-Tale Heart," "The Murders in the Rue Morgue," and "The Raven." He was born January 19, 1809 in Boston Massachusetts. His parents died when he was three years old and he was a foster child to John and Frances Allan. He enlisted in to the United States Army in 1827 and released his first collection of poems, but they were not very successful. He became the editor of Southern Literary Messenger in 1835 in Richmond. Over the next ten years, he really established himself as a short-story writer, poet, and editor. His poems marked him at the creator of "horror" and "detective fiction." He focused on the effect of style and structure in his literary works. Edgar Allan Poe struggled with depression and alcoholism throughout his life. He died October 3, 1849 by having acute congestion of the brain and some doctors believed he suffered from rabies also. http://www.poets.org/poetsorg/poet/edgar-allan-poe 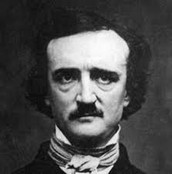 The Raven is one of Edgar Allan Poe's most famous poems. The narrator in the poem is a lonely man who's lost his love whose name is Lenore. A raven comes tapping at the narrator's window in his chamber and the raven only says Nevermore. He begins to realize that every questions he asks the raven will get a reply of nevermore. He realizes that having a conversation with the raven is becoming pointless and he falls back into being lonely and forever waiting for his love, Lenore, to come back. Edgar uses a lot of repetition in each stanza. The repetition helps point out the importances of the words that are being written. He uses allusion throughout his poems. He talks about a goddess named Pallas and he also mentions God. Those are two very powerful people. Pallas is a goddess of wisdom. The Raven is a dark and lonely poem about a man who wishes for his love to come back and the raven helps him realize that it won't happen.

The Raven by Edgar Allan Poe : The Poetry Foundation

www.poetryfoundation.org
Once upon a midnight dreary, while I pondered, weak and weary, / Over many a quaint and curious volume of forgotten lore— / While I nodded, nearly napping, suddenly there came a tapping, / As of some one gently rapping, rapping at my chamber door.

Edgar Allan Poe is making a key point that his mother-in-law is more like a mother than his actual mother was. Poe explains how he realized how much his mother-in-law meant to him when his wife, Virginia, passed away. This poem is very heartfelt and meaningful unlike some of his other interesting ones. He uses a small part of alliteration. This alliteration really emphasizes how much she means to him. He uses repetition on the word mother a lot. He's showing how much the word means to him by using it multiple times. To My Mother is a strong, emotional, and heartfelt poem for a dear loved one.

To My Mother by Edgar Allan Poe : The Poetry Foundation

www.poetryfoundation.org
Because I feel that, in the Heavens above, / The angels, whispering to one another, / Can find, among their burning terms of love, / None so devotional as that of “Mother,” 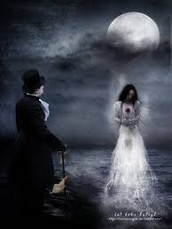 This poem was one of the last poems Poe written before he died. It portrays another theme of death and true love. The narrator expresses how much love he has for this maiden named Annabel Lee. Their love is so powerful and meaningful that angels are jealous of their love. Annabel Lee dies and the narrator explains that their love won't die even with Annabel Lee gone. The poem contains six stanzas and they each rhyme in a different way. It's easier to understand if each stanza rhymed it's own way instead of all of them together. He used repetition of certain words and phrases. The repetition helps show readers how important certain events are. Edgar Allan Poe loves poems about beautiful women and love everlasting. This poem shows his creative skill in creating those poems. 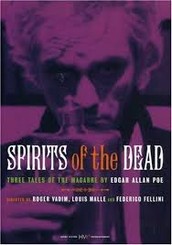 Spirits of the Dead

Edgar Allan Poe is expressing his grief after his young wife died at the age of 25. He begin writing poems involving death and loneliness after that incident. The poem talks about mourners being alone and missing their loved ones. He changes the point of view to the departed souls that have passed away. The poem talks about how loved ones will never vanish from the mourners' mind and life. This poem contains personification. The writer points out how the night 'frowns.' He's trying to keep the spirits connected with their loved ones. He uses consonance in certain stanzas. He wants to make that line catch the readers eye by using multiple consonants. The theme of the poem is very dark and saddening. The poem shows how death can really mess people us.

Spirits of the Dead by Edgar Allan Poe : The Poetry Foundation

www.poetryfoundation.org
I / Thy soul shall find itself alone / ’Mid dark thoughts of the gray tombstone—

Follow Savannah Dean
Contact Savannah Dean
Embed code is for website/blog and not email. To embed your newsletter in a Mass Notification System, click HERE to see how or reach out to support@smore.com