A tsunami is caused by sudden movements on the ocean floor , either from earthquakes , volcanoes or underwater landslides . Also they are massive waves that sweep across the ocean and onto land , which destroys many lives and buildings . The waves are that strong and fast that they go faster than a jet plane . About 90 percent of tsunamis occur around the ring of fire , it kills more than 225 , 000 people in 14 countries .

TSUNAMIS ARE DEADLY AND IS A NATURAL DISASTER . 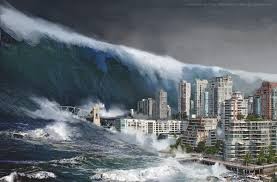 Tornadoes are natural disasters that destroys many lives and buildings . A strong tornado can pick up a house and move it a block down . Also a Tornado is a rotating , funnel shaped cloud that gets larger from a thunderstorm . Tornadoes are most likely to occur between 3pm and 9pm , but can occur any time .

TORNADOES ARE DEADLY AND IS A NATURAL DISASTER . 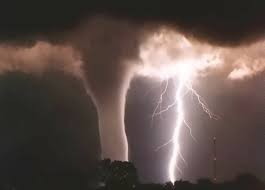 A flood is a natural disaster that wrecks houses , buildings , peoples lives and animal lives . It occurs when their is very hard rain and overflows a river or stream . Most Floods take hours even days to develop / clear . The yellow river ( Huang He ) in China has had the four most deadliest floods in the world , it killed 1 to 4 million people .

FLOODS ARE DEADLY AND IS A NATURAL DISASTER .

A Flood with people

The Yellow River in China that had the four deadliest Floods

Volcanoes are openings in the Earth 's surface , when they are active they let out ashes , gas and hot mamba sometimes it makes a spectacular eruption . Most volcanoes happen around the ring of fire , about 75 % of the volcanoes on Earth are found there . There are also volcanoes found on the ocean floor or even under icecaps , such as those found in Iceland . The Earth's crust is made up of huge plates which fit together like a jigsaw puzzle . Between the Earth's crust and mantle is the magma which is made of rock and gases .

The Effects of Volcanoes :

VOLCANOES ARE DEADLY AND IS A NATURAL DISASTER .

A Volcano with ashes , gas and hot mamba coming out . 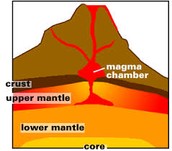 A volcano with the icecaps

An Earthquake is when two tectonic plates rub together to make a shaky movement . It is measured on a Richter Scale and then it shows the magnitude . The most powerful earthquake that has ever been recorded on Earth was in Valdivia , Chile . Occurring in 1960 , it had a magnitude of 9.5

Earthquakes destroy many buildings and people get killed a lot .

EARTHQUAKES ARE DEADLY AND IS A NATURAL DISASTER .

This is what occurs after an Earthquake .

This is an Earthquake that happened in Manila , Philippines .

Droughts are natural disasters and they are unsafe to humans , animals , buildings / houses . It occurs when there is no rain , snow , hail etc . Droughts can take days , hours , months even years to develop / clear also it is difficult to predict when it will occur . Things change in the environment because of droughts like climate , ocean temperatures and the lands .

DROUGHTS ARE NATURAL DISASTERS AND CAUSE LOTS OF TROUBLE .

A Drought that happened in California 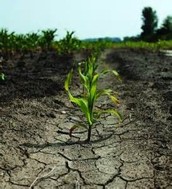 A plant trying to grow in a Drought 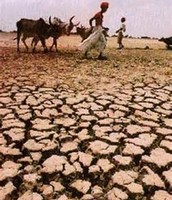 A Drought that happened in West Africa

LANDSLIDES ARE NATURAL DISASTERS AND CALIFORNIA BETTER WATCH OUT ! .

A landslide with bits of house falling .

These are pebbles , dirt and rock .

Monsoons travel in countryside areas and is very dangerous . Monsoon rains cause floods and landslides , it destroys villages , towns , properties and lives . Monsoons usually occur between April and September . The countries that gets mostly effected is India , Sri Lanka , Bangladesh , Myanmar and Nepal .

MONSOONS ARE DEADLY AND IS A NATURAL DISASTER .

People suffering in a Monsoon 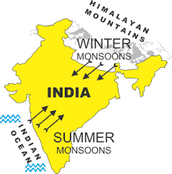 A map of India , shows winter and summer Monsoons