Get email updates from Izzy:

Ebola is in a group of diseases called "viral haemorrhagic fevers". Haemorrhagic means that it is a disease that involves bleeding. It can start within two days after being exposed. There is no treatment, vaccine, or cure for Ebola yet.

This graph shows the number of cases reported int the top 3 affected countries in Africa. 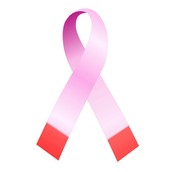 This is the official Ebola awareness ribbon.

The most recent outbreak of Ebola was reported in March 2014, and is still continuing. The epidemic is sweeping across the whole region and has taken around 9,000 lives. There are six countries affected by Ebola so far, Liberia, Guinea, Sierra Leone, Nigeria, the US, and Mali.

Treating Ebola has been very expensive and will greatly impact Sub Sahara Africa's economy. It was predicted that worst-case scenario the epidemic will cost $32 billion. More recently though, it has said to be much smaller, $3 billion- $4 billion. Ebola has obviously affected the health of Africa's people, and their population. The total number of reported cases is over 22,500. The number of reported deaths is around 9,000. Since Africa's health care system is so poor, they do not have enough doctors to treat the virus. Lack of staff is a big reason of why Ebola has spread so much in Africa.