Anand is using Smore newsletters to spread the word online.

Get email updates from Anand:

Discus is one of the oldest Olympic sports, being in the first Olympics, which was held in Athens, 1896. It has continued to be an Olympic event ever since then, and has evolved into the modern world. 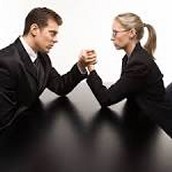 Male and female competitors are not given the opportunity to go head to head against each other. However, their scores can be compared using data. The analysis provided below can create a conclusion of which gender will come out as the best in the end.

The goal of this study is to find investigate Olympic discus throwers at their peak performance, and to find out if and when women's performance will pass men's performance, or vice versa. This is done with data from olympic.org, and calculated using linear regression.

This table shows the data of gold medalists from 1972-1984. The data is shown in meters (how far the discus is thrown).

The Data at a Glance

The Linear Regression: A Trend Arises

This coordinate on the graphs above denote the year that each competition occurs. This is shown in relation to the y coordinate.

This coordinate on the graphs above describe the distance that the competitors threw the discus in meters. This can produce data when combined with the figures from the x coordinate.

Anand is using Smore newsletters to spread the word online.