Get email updates from Zoey: 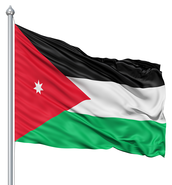 Jordan is a small country in the continent of Asia. To the west of Jordan is Israel, to the north is Syria, to the east is Iraq, and to the south, Saudi Arabia. At the northern edge of Jordan, the salty Dead Sea that serves as a border to Israel, the West Bank and the Red Sea with its Gulf of Aqaba is located. Generally Jordan's a flat desert plateau, ranging from east and west, as the western edges of the Syrian and Ard As Sawwn deserts stretch across the land. In the west, the Great Rift Valley (high hills and mountains) separates the East and West Banks of the Jordan River. The capital of Jordan is Amman.

The Dead Sea, Desert Castles, Jerash, Petra in the Arabah, the Madaba Mosaics, the Qasr Amra, and the Wadi Rum are Jordan's main landmarks.

The beautiful flag of Jordan has three equal horizontal bands of black (top), white, and green with a red isosceles triangle on the hoist side bearing a small white seven-pointed star in the middle.

Green represents the Fatimid Caliphate and Islam as it is believed to be a favorite color of Prophet Muhammad and his daughter, Fatima. Green is also mentioned several times in the Quran, in relation to paradise 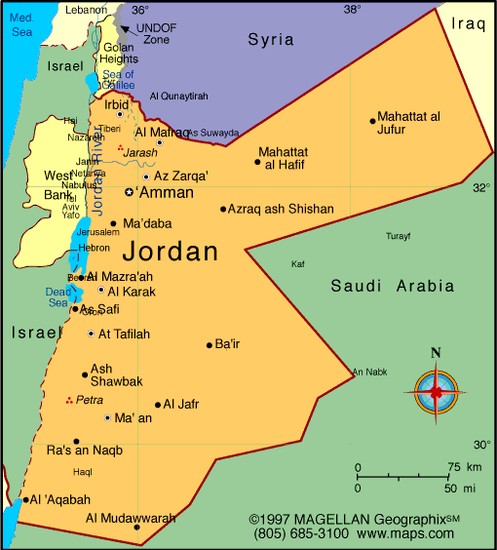 Jordan is home to a Constitutional Hereditary Monarchy with King Abdullah II of Jordan as the ruler.

The leader is chosen by whoever is next in line for the throne.

Jordan has a GPD per capita $33.68 billion USD, a life expectancy of 73.75 years, birth rate of 25 births per 1,000 people per year and a literacy rate of 98%. Their water source is the Jordan and the Yarmouk River shared among Israel, Syria and Jordan. Jordanian dinar is the currency of Jordan or the money they use. The main products they export are calcium phosphates (11%), potassic fertilizers (6.0%), packaged medicaments (5.6%), and mixed mineral or chemical fertilizers (3.4%). The main products they import refined petroleum (13%), crude petroleum (11%), cars (4.0%), petroleum gas (2.3%), and packaged medicaments (2.1%).

The traditional clothing for men in Jordan consists of tunic shirts, trousers and an elaborate over garment with a belt or cummerbund. They also cover their head with the typical Arabian Scarf which is like a turban. The women love to wear delicate and embellished dresses. Most commonly a woman’s costume displays a long rectangular cleavage which is heavily decorated with detailed embroidery and it is adjusted in the front of the dress. In Jordan the main languages are Arabic and English. The music the people in Jordan mainly listen to is Arabic music but lots of American songs from the states as well. There are many important Jordanian holidays they celebrate throughout the year. In January they celebrate New Year's Day and the Birth of the Prophet Muhammad; in April, they celebrate Good Friday and Easter Monday; in May they celebrate Labor Day, Night of Ascension and Independence Day. In June, they have Army Day and the Start of Ramadan; in July they celebrate the End of Ramadan. In September they celebrate the Feast of Sacrifice; In October, they have Islamic New Year; and in December they celebrate Christmas Day. Jordan’s main religions are Islam and Christianity. Islam’s believe that “There is no God but Allah,” which is recited daily by the faithful Muslim. The unity of God is a basic tenet of the Muslim faith. Another belief of the Muslims is the belief in angels as messengers of Allah. The Christian’s believe in God the Father, Jesus Christ as the Son of God and the Holy Spirit. People in Jordan eat many different foods, one of there most popular is mansaf. Mansaf is a traditional Jordanian dish made of lamb cooked in a sauce of fermented dried yogurt called Jameed and served with rice or bulgur. Amman is a modern city with a wide range of wonderful museums and shopping experiences. With all the water parks, art museums, relaxing spas and vibrant nightclubs, there is always something to do. 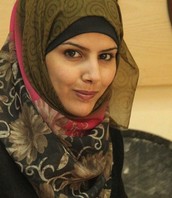 Jordan has a hot, dry climate with long, hot, dry summers and short, cool winters. The climate impacts Jordan's location between the subtropical aridity of the Arabian desert areas and the subtropical humidity of the eastern Mediterranean area. There’s a 70% average rainfall between the months of November and March. During June through August little to no rainfall occurs. Rainfall varies from season to season. January is the coldest month, with temperatures from 5°C to 10°C, and August is the hottest month at 20°C to 35°C. Daily temperatures can be very hot, especially in the summer; on some days it can be 40°C or more. Due to the overall lack of precipitation in the country, there is a water shortage and therefore, limited agriculture. When precipitation does occur it is often concentrated in violent storms, causing erosion and local flooding, especially in the winter months.

In the 16th century, Jordan submitted to Ottoman Turkish rule. Taken from the Turks by the British in World War I, Jordan (formerly known as Transjordan) was separated from the Palestine mandate in 1920, and in 1921, placed under the rule of Abdullah ibn Hussein. In 1923, Britain recognized Jordan's independence, subject to the mandate. In 1946, grateful for Jordan's loyalty in World War II, Britain abolished the mandate. That part of Palestine occupied by Jordanian troops was formally incorporated by action of the Jordanian parliament in 1950. Jordan now could freely rule themselves.

Jordan's stance during the Persian Gulf War strained relations with the U.S. and led to the termination of U.S. aid. The signing of a national charter by King Hussein and leaders of the main political groups in June 1991 meant political parties were permitted in exchange for acceptance of the constitution and the monarchy. King Hussein's decision to join the Middle East peace talks in mid-1991 helped restore his country's relations with the U.S, increasing U.S. trade and restoring aid.

There are differences and similarities between Jordan and the U.S. For example, there's a great difference between our governments and their rule. Jordan has a Constitutional Monarchy and the U.S. has a Democracy. Jordan has a king and the United States has a President. As well, we share some similarities like in our religions. In Jordan, their main religions are Islam and Christianity, while in the U.S. those are also shared along with Judaism, Catholicism and many others.