Jakira is using Smore newsletters to spread the word online.

Get email updates from Jakira:

In all criminal prosecutions, the accused shall enjoy the right to a speedy and public trial, by an impartial jury of the State and district wherein the crime shall have not been committed, which district shall have been previously ascertained by law, and to be informed of the nature and cause of the accusation; to be confronted with the witnesses against him; to have the compulsory process for obtaining witnesses in his favor, and to have the Assistance of Counsel for his defense.

In other countries, people can be locked up for no given reason. They often wait in jail for years before they finally receive a trial and sometimes, they don't receive a trial at all. If you can't afford a lawyer in court, the government must provide one for year. This amendment protects millions of people from spending extensive time in jail that's unnecessary. It also guarantees that they will be given a trial and a lawyer to help them in court.

They are waiting forever to get a trial for a MISDEMEANOR

The 6th Amendment guarantees the right to a speedy trial.

Better understanding of the Amendment

When your charged with a crime, your trial should happen right away. You shouldn't sit in jail for a while before you get a trial. Your trial must be public, it must be in the area you were charged, you must be told what you are accused of and who is charging against you, and you CAN tell your side of the story.

A six-year-old child was abused by a teacher, Sandra Craig. The child was in a separate room away from the courtroom to give their testimony. The child was i an enclosed room and could not see anyone . The testimony was live-streamed and the child could still be seen, heard, ask questions, and give responses.

The Court convicted Craig. Craig appealed saying her right to confront the accuser had been violated therefore, being convicted, was unfair. The Court disagreed. They believed it was best for the child to be in a separate room to keep from experiencing distress. The Courts decided there were "certain narrow circumstances" where no confrontation was guaranteed since they still were able to cross-examine the child.
Shea, Therese. Sixth Amendment : The Rights of the Accused in Criminal Cases. New York: Rosen Central, 2011. Ebook, 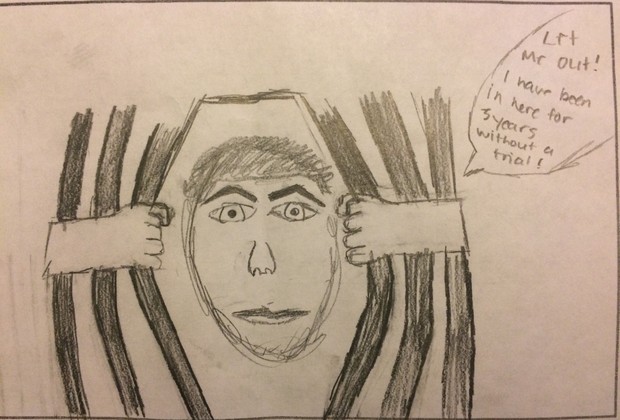 Jakira is using Smore newsletters to spread the word online.