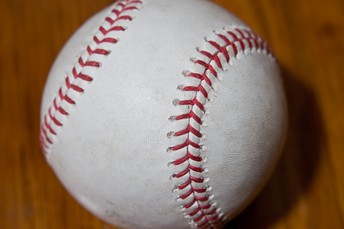 A Shout out From Mr. O'Brien

"The students at Saint Joseph Catholic School are doing an amazing job staying active at home during distance learning! They are taking well deserved screen time breaks by riding their bikes, taking family walks, or running and playing sports with siblings. The students are also exercising indoors with online programs such as Gonoodle or fun and interactive dance lessons on YouTube. I am extremely happy with the participation and effort the families have put forth during this time!" ~Mr. O'Brien

It is good to know everyone is staying active despite the lack of team sports! Thank you to those of you who took the SPORTS SURVEY. The results of the survey can be found below along with articles on lesser known sports, sport stories, movies, saints for sports, LOTS of QUIZZES, card games and tricks, board game information, recipes, how to draw videos, and more!

Be good. Pray always. Remember: You are loved! 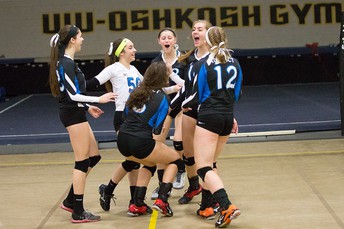 Sports Survey Results: WE MISS BEING WITH FRIENDS!

53.2% of us miss sports because it brings us closer to our friends! 23.3% miss the opportunity for competition.

NBA, NFL, MLB were the favorite leagues in that order....a close race!

However, as far as watching sports on TV, the OLYMPICS is the clear favorite!

Basketball took 31% followed by Swimming with 17.2% as the favorite indoor sport

Monopoly was our favorite board game, but SORRY and CLUE had lots of votes!

Thank you to the 87 people who took the survey!

The surprising history behind the board game "Monopoly"
A saint for the outdoors! Article #1

This article on Pier Giorgio has a gallery of photos that reveal the personality of this 20th century saint. 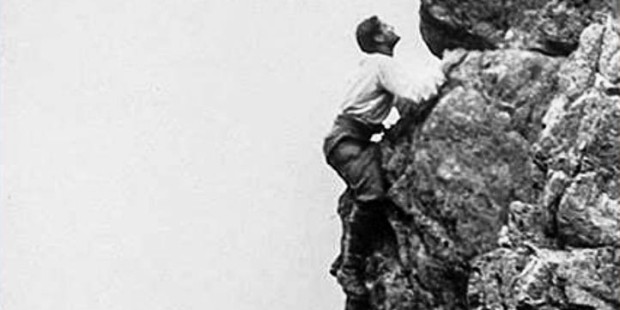 Beatified by Saint Pope John Paul II in 1990, Pier Giorgio was handsome, athletic, fun-loving, courageous, and a young man who loved his Catholic Faith and tried to be Christ to others! 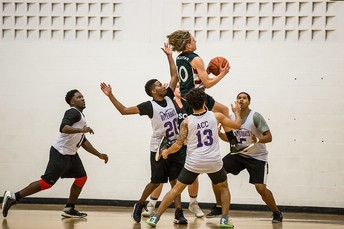 Fast Break (a poem to visualize)

A hook shot kisses the rim, and

hangs there, helplessly, but doesn’t drop,

and for once, our gangly starting center

boxes out his man and times his jump

and spinning around to throw a strike

To the outlet who is already shoveling

an underhand pass to the other guard

scissoring past a flat-footed defender

who looks stunned and nailed to the floor

in the wrong direction, trying to catch sight

of a high gliding dribble and a man

letting the play develop in front of him

both forwards racing down the court

the way that forwards should, fanning out

and filling the lanes in tandem, moving

together as brothers passing the ball

between them without a dribble, without

a single bounce hitting the hardwood

until the guard finally lunges out

and commits to the wrong man

while the power-forward explodes past them

in a fury, taking the ball into the air

by himself now and laying itl gently

against the glass for a lay up

but loosing his balance in the process

with a wild, headlong motion

and swiveling back to see an orange blur

floating perfectly through the net. 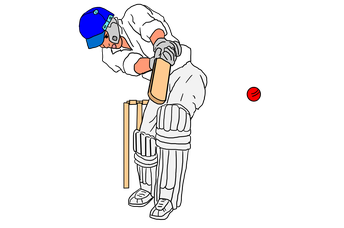 Cricket! A sport gaining popularity in the USA!

Thank you for these facts, ESPN video team. Want to know more and see players in action? Watch the video below.

The Rules of Cricket - EXPLAINED! 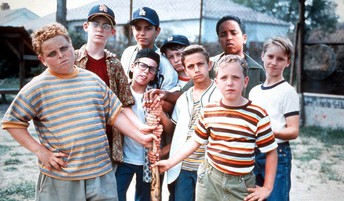 I asked my friend Hutton Jackson, Associate Producer over at the MLB/NHL Networks, to give me his list of Best Sports Movies for our families. We discussed that there are sports movies, and there are sports movies. That first category of movies are just for laughs and have less to do with sports than just growing up and being a kid. But a few reach higher and use the story to convey bigger truths like God's providence or the power of faith and sacrifice. This list, not in any order, is a rundown of some great movies from both categories. Those with a * are for older students. How many have you seen?

The Greatest Game Ever Played (Golf)

Angels in the Outfield (baseball)

The Blind Side* (Football)*

15 ways to play a recess favorite 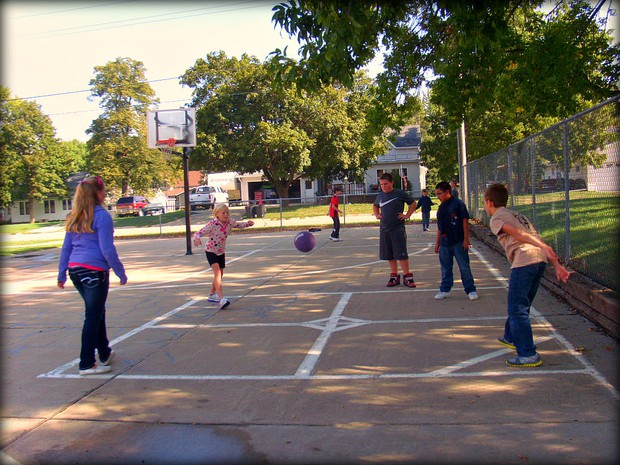 Sports Quizzes for Everyone.

This site has some great quizzes. When you reach the site, look for the teal colored tabs and try your hand at any of the quizzes. Scroll down each page to find the answers. No peeking! 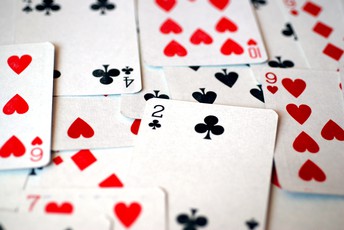 Pick a card! Any card!

Playing cards have been around since the 9th century. The first decks appeared in China, but the 52 card decks we use now most likely originated in France. Card games continue to be popular and are played all over the world by people of all ages and stages! Did you know there is even something called the International Playing Card Society?

If you want to learn to play one of the top 10 games for kids and families, use THIS LINK to find the directions for PIG, CRAZY 8s, OLD MAID, RUMMY, SLAP, WAR, and more...

If you want to learn a more advanced card games, use THIS LINK. 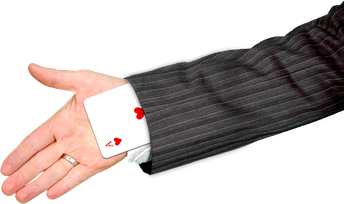 Want to learn how to do a card trick? Here are four videos that will help you learn some wonderful tricks that will amaze your family and friends!

Win the Bet (silly tricks for kids grades 5 and up)

Watch the video then use this link to learn more about the kids who have skill, stamina, and style!

See some amazing jump rope tricks from this pair in SUPER- SLOW-MOTION!

World's Most Amazing Jump Roping Couple - LFTJ #2
What Sport Are You!

Take the quiz by the publishers of Highlights! 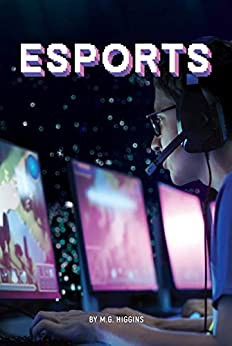 It's more than just "a game." This 64 page book proves once and for all that the world of online gaming is serious business. Filled with facts, stats, and photos for grades 5-8. Find it on JrLibraryGuild website. Hit the red Middle School Stream button and search for the title. A truly fascinating read. 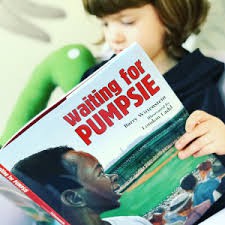 Waiting for Pumpsie! by Barry Wittenstein

Find this baseball story written by the author of one of our library favorites, Boo Boos that Changed the World, at the Jr.LibraryGuild website. Use the red "Elementary Stream" button to locate this story that captures the tension and excitement of baseball during the days when race was still a barrier for athletes of color. For grades k-4. 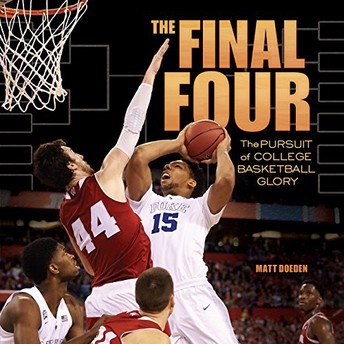 The pandemic has hit athletes hard, not to mention the fans who support them! This book might be food for those of us who sorely missed MARCH MADNESS 2020. Find this book on Epic! For grades 4-8. This book can be listened to as well as read independently. 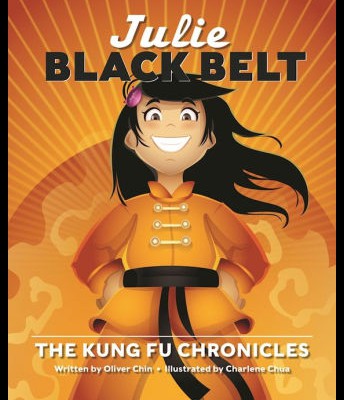 When Julie takes a kung fu class, she thinks earning the black belt will be easy! The first book in a graphic novel series found on EPIC! For grades k-3 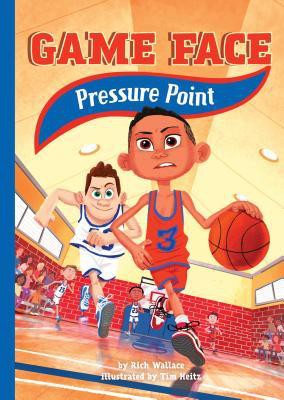 This basketball story is part of the GAME FACE series by Rich Wallace. It's all about a boy who realizes he must work hard if he wants to keep a spot on the basketball team...but guarding the big guy is not easy! A chapter book for grades 3-7. Find it on EPIC! 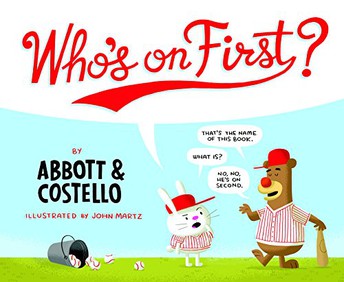 Classic sports comedy for everyone!

If you don't know about this classic comedy routine, read this adorable picture book! Find it on Epic!

Who's on First? Written by Abbott and Costello, illustrated by John Martz For Grades k-Adult

Athletes Eat Right! Recipes for every meal of the day! 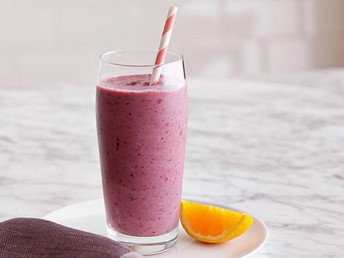 Berry Smoothie or Ham and Cheese Muffins This is one recipe that kids can make on their own (with supervision, of course!). These can be wrapped in plastic and put in the freezer for future use! 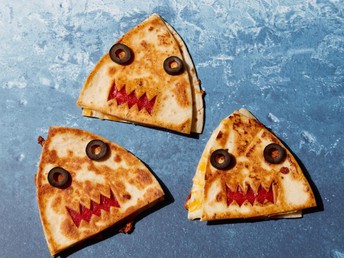 Shark Quesadillas! To get more protein and to boost your vitamins and omega-3 oil (both are good for the brain!) add leftover chicken & avocado! 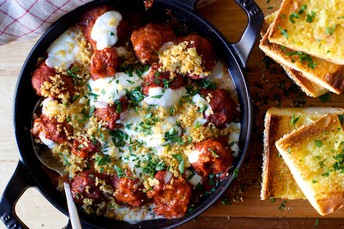 Spaghetti and Meatballs I make this meatball recipe about once a month during the winter months. For a healthy alternative, try serving these over spaghetti squash or other veggie noodles. I use "meatloaf" mix to make these and everyone loves them!

JUST ADDED: Happy Feast of Our Lady of Fatima. Download the free coloring page below! 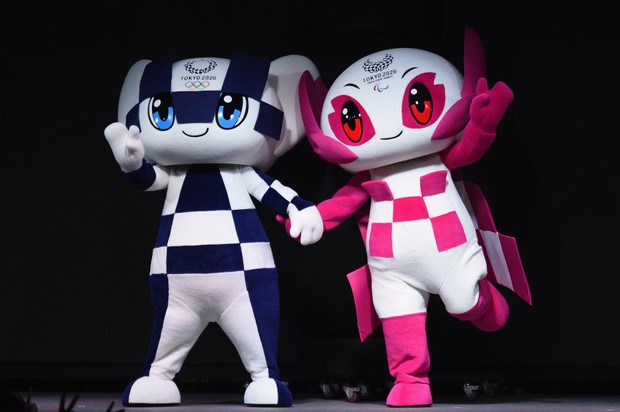 Do you know who these two characters are?

Outdoor game: Nature Scavenger Hunt Everyone gets a card and a bag...and off you go! Download below. 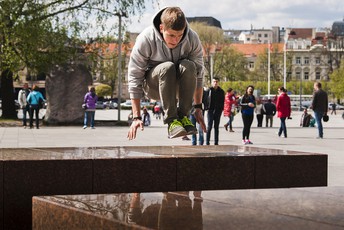 "Parkour practice makes “all types of sports and movements easier…due to an increase in overall strength, balance, and coordination,” If you are new to this sport, read on to find out how kids are making this one of the top activities of the year!

IMPORTANT: Parkour is a sport that must have SAFETY as it's first rule. DO NOT try this sport without supervision or training. Watch the video below to see how a community in Washington State is making this cool sport more accessible and popular!

vimeo.com
Parkour Visions is a 501c3 nonprofit community oriented gym in Seattle, Washington, USA dedicated to the long-term growth of parkour as something that anyone can…
How To Draw A Skateboarder Doing A Kickflip
How To Draw A Baseball Player
How To Draw A Soccer Player
📚 Kids Book Read Aloud: CREEPY PAIR OF UNDERWEAR by Aaron Reynolds and Peter Brown

Follow Beth Moschetto
Contact Beth Moschetto
Embed code is for website/blog and not email. To embed your newsletter in a Mass Notification System, click HERE to see how or reach out to support@smore.com