Results from the Fall NWEA Assessments in Reading and Mathematics were sent home yesterday with students in kindergarten through grade five. Additionally, Spring Smarter Balanced score reports were included for students in fourth and fifth grade. Check your child's backpack for an envelope with these reports.

The next few weeks will be busy ones at 307 Old Field Road. Be sure to read our newsletter to keep up with the exciting events that are scheduled! 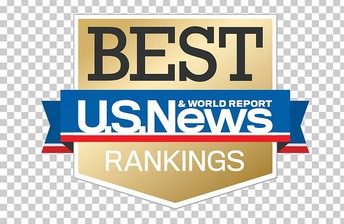 From the Southbury Patch:

SOUTHBURY, CT — A K-8 school in Southbury has been named among the top 50 in Connecticut in a new report by U.S. News & World Report.

Gainfield Elementary School came in at #36, according to the report. A second Southbury school, Pomperaug School, came in at #149.

For the inaugural list, U.S. News published rankings and data on more than 80,000 public elementary and middle schools across the United States.

In Connecticut, a total of 848 schools were ranked, 560 elementary and 288 middle schools.

Schools are ranked at the state and district levels. The best charter schools and best magnet schools ranked as stand-alone categories.

U.S. News ranked Booth Free School as the top in Connecticut among elementary schools, according to the new list.

Please show the picture below to your child! It will surely get a reaction. Be sure to ask which section they worked on!!

Every student at Gainfield School had a hand in this artistic masterpiece. It will be affixed to the outside of our building soon. Thanks to the PTO for their never ending support of our students, staff, and school. 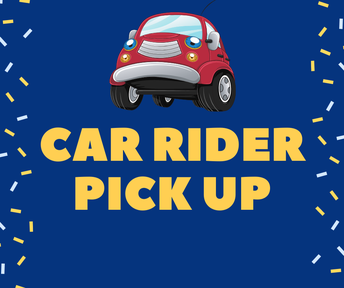 With fewer families coming to Car Rider Pick Up this year, we'll be making the following change to our dismissal procedures:

Beginning Monday, October 18th, Car Rider Pick Up will begin at 3:25 p.m. (instead of 3:20 p.m.). We're hopeful the extra five minutes of learning time will be productive for students and teachers! 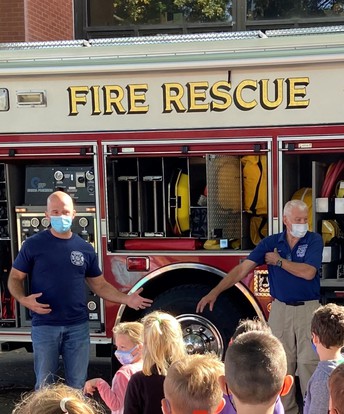 Members of the Southbury Fire Department visited with GES students this week to show us how following the TRACKS is just as important outside of school as it is inside of school!

Children learned about the "S" in TRACKS and how being "Safe" is a shared responsibility of all the members of our community. 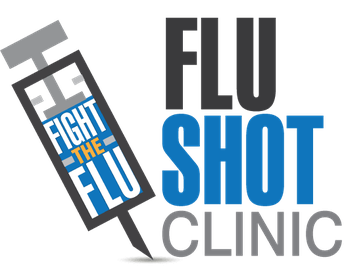 The Pomperaug Department of Health is offering flu clinics for families. Follow the link for additional details. 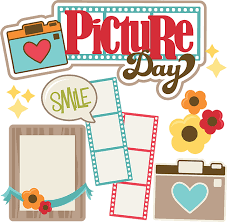 Gainfield School pictures will be taken on Tuesday, October 19th.

Be on the lookout for information coming home from Lifetouch, our school picture company. 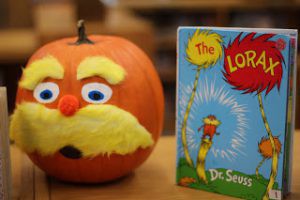 Students in all grades are invited to participate in the Pumpkins with Personality contest in which pumpkins are transformed into a favorite book character! 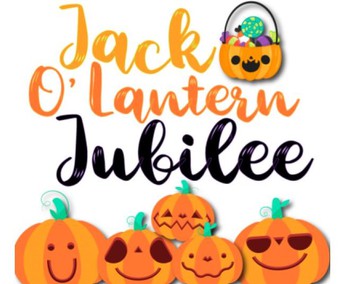 See the attachment below for details! 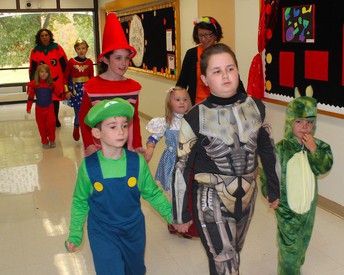 Among the treasured traditions at Gainfield School is the annual Kindergarten Costume Parade on Halloween.

Weather permitting, this year's parade will take place on the blacktop out back on Friday, October 29th at 10:15 a.m.

Families of kindergarten students are invited to enjoy the parade in person. (If the weather doesn't cooperate, we'll conduct the parade indoors and send families a link for viewing virtually).

Please note: The special treat of wearing a costume at school is reserved for the youngest members of our school community. We ask that students in grades one through five do not wear or bring halloween costumes to school. 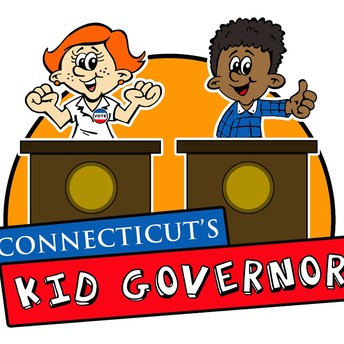 Gainfield School has been selected to host a stop on the Connecticut Kid Governor's Statewide Election Rally Bus Tour!

The bus tour will be stopping at GES on November 3rd to meet with students to build excitement around the Connecticut Kid Governor program, the Statewide Election and candidates for Kid Governor, and the importance of voting. 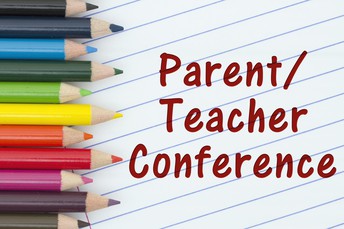 Fall Conferences are being held on November 8th, 9th, and 10th for elementary school students. Each of these days are scheduled as "Early Dismissal Days" with students leaving school at 1:00 p.m.

In order to accomodate the needs of Gainfield families, our teachers are providing options for both "in person conferences" and "virtual conferences."

For families opting for "in person conferences," our mitigation strategies of wearing masks and watching our distance are non-negotiable. All families requesting "in person conferences" will be asked to wear masks while maintaining a six foot distance from teachers throughout the conference period. The health and safety of our school community - students, staff, and families - remains our highest priority. 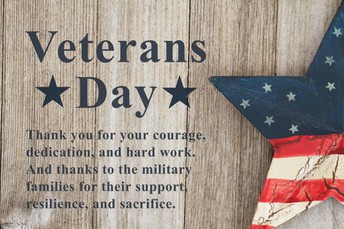 As many of you know, Veterans Day is a pretty big deal at Gainfield School. Our students and staff look forward to this annual celebration to pay tribute to men and women who have served in our armed forces.

This year's school visitor restrictions create a bit of a challenge in terms of our Veterans Day Celebration, but nothing we can't overcome.

We are working to compile a list of veterans who are interested in a "virtual" visit to a classroom on Thursday, November 11th. The visits would be conducted via Zoom and last about 15-20 minutes.

If you are a veteran, or have a veteran in your immediate or extended family, and are interested in joining a classroom virtually on Veterans Day, please email GESOffice@Region15.org with your contact info. We'll get back to you to make arrangements for your "virtual" classroom visit. 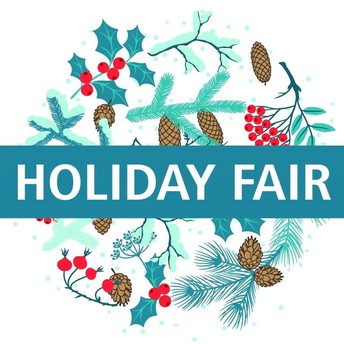 The Gainfield PTO's Holiday Fair will be held on Friday, November 19th!

During the fair, students can shop for holiday gifts for their friends and family members. Gifts range from .25 to $15.00. 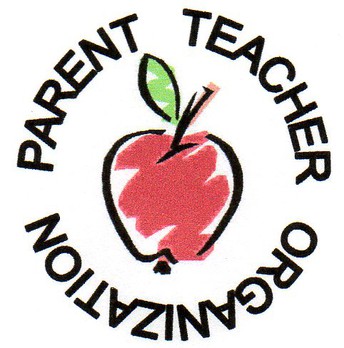 Message from the Gainfield PTO

Here's what we've got this week:

It's that time of year! Time to stock the staff lounge for our incredible GES staff! Click here to access the sign up sheet. This is always so welcomed by the staff; we can't wait to spoil them!

In a month, we'll be getting ready for the holiday fair at GES! Feeling crafty? You can help us by donating crafts the children can buy for their friends and family members! Need ideas? The sign up here has 'em! E-mail Kristen with questions: kristenlciccone@gmail.com

The mosaic art project that happened this week was a-maz-ing! We're so grateful for the volunteers and The Art Spot for helping to beautify Gainfield School. Check out pictures of the kids and the process here!

We can't THANK YOU enough for participating in GES fundraisers. With your support, we were able to purchase $4,000 in Amazon wish list items for staff supplies AND $5,000 in books from the Scholastic Fair to stock the library and classrooms. Wowza!! Thank you, thank you, thank you. <3 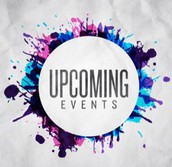 What's On Your Mind?

Your input is valued and welcomed! We want to know what's on your mind!

Whether you have a concern, a question, a suggestion, or a compliment... let us know by clicking the box below to be in contact with Mr. Romeo!

The Pomperaug Regional School District 15 does not discriminate on the basis of race color, religion, age, sex, marital status, sexual orientation, national origin, ancestry, disability, pregnancy, genetic information, gender identity or expression, or any other non-job related characteristic protected by state or federal law, except in the case of a bona fide occupational qualification, in admission to, access to, treatment in, or employment in its programs and activities.