Indigenous Peoples’ Day has emerged over the past two decades as a way to honor Native Americans and commemorates their shared history and culture instead of focusing on the traumatic legacy of Columbus Day.

The Birchbark House, by Louise Erdrich

Nineteenth-century American pioneer life was introduced to thousands of young readers by Laura Ingalls Wilder's beloved Little House books. With The Birchbark House, award-winning author Louise Erdrich's first novel for young readers, this same slice of history is seen through the eyes of the spirited, 7-year-old Ojibwa girl Omakayas, or Little Frog, so named because her first step was a hop. The sole survivor of a smallpox epidemic on Spirit Island, Omakayas, then only a baby girl, was rescued by a fearless woman named Tallow and welcomed into an Ojibwa family on Lake Superior's Madeline Island, the Island of the Golden-Breasted Woodpecker. We follow Omakayas and her adopted family through a cycle of four seasons in 1847, including the winter, when a historically documented outbreak of smallpox overtook the island.

I Am Not a Number, by Jenny Kay Dupuis

When eight-year-old Irene is removed from her First Nations family to live in a residential school she is confused, frightened, and terribly homesick. She tries to remember who she is and where she came from, despite the efforts of the nuns who are in charge at the school and who tell her that she is not to use her own name but instead use the number they have assigned to her. When she goes home for summer holidays, Irene's parents decide never to send her and her brothers away again. But where will they hide? And what will happen when her parents disobey the law? 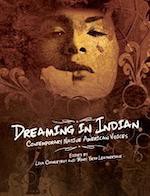 A powerful and visually stunning anthology from some of the most groundbreaking Native artists working in North America today. Truly universal in its themes, Dreaming In Indian will shatter commonly held stereotypes and challenge readers to rethink their own place in the world. Divided into four sections, ‘Roots,’ ‘Battles,’ ‘Medicines,’ and ‘Dreamcatchers,’ this book offers readers a unique insight into a community often misunderstood and misrepresented by the mainstream media.

An Indigenous Peoples' History of the United States for Young People, by Roxanne Dunbar-Ortiz, adapted by Debbie Reese and Jean Mendoza 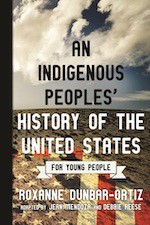 This new version of An Indigenous Peoples' History of the United States brings a painful but necessary reframing of our history to younger readers and teachers looking to better understand the legacy of Indigenous peoples' resistance, resilience, and continued struggle against imperialism. Going beyond the story of America as a country "discovered" by a few brave men in the "New World," indigenous human rights advocate Roxanne Dunbar-Ortiz reveals the roles that settler-colonialism and policies of American Indian genocide played in forming our national identity.

The People Shall Continue, by Simon Ortiz 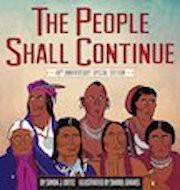 Told in the rhythms of traditional oral narrative, this powerful telling of the history of the Native/Indigenous peoples of North America recounts their story from Creation to the invasion and usurpation of Native lands. As more and more people arrived, The People saw that the new men did not respect the land. The People witnessed the destruction of their Nations and the enslavement of their people. The People fought hard, but eventually agreed to stop fighting and signed treaties.

Many things changed and became more difficult, but The People continued to farm and create crafts. They remembered and told their children, "You are Shawnee. You are Lakota. You are Pima. You Acoma. . . . You are all these Nations of the People." The People held onto their beliefs and customs and found solidarity with other oppressed people. And despite struggles against greed, destruction of their lands, and oppression, The People persisted.