November is our month of Respect

Chosen as it contains a number of important days or weeks, from cultural and religious celebrations to those aimed at awareness raising. during November in college we will be celebrating and taking part in Rememberance Day, Stress Awareness Day, Anti Bullying Week and Dyslexia Awareness Week.

Now generally called Remembrance Day, millions of people stop what they are doing and observe a Two Minute Silence at 11am on 11 November each year in the memory of those who have been affected in all conflicts.

The Royal British Legion is the nation's custodian of Remembrance, ensuring that people remember those who have given their lives for the freedom we enjoy today.

If you are planning or participating in a Remembrance Service or other event, please make use of our many online resources.

Remembrance is part of modern British life, culture and heritage. It becomes a particular feature of the public calendar on or about Remembrance Sunday and 11 November, Armistice Day, each year. This is when public, private, formal and informal Remembrance events take place throughout the UK.

Millions of people each year stop what they are doing and observe a Two Minute Silence at 11am on the 11th day of the 11th month, commemorating the original Armistice of 1918 which signalled the 'stilling of arms' and led to the formal end to the First World War (eventually signed in 1919).

When we bow our heads in reflection, we remember those who fought for our freedom during the two World Wars. But we also mourn and honour those who have lost their lives in more recent conflicts. Today, with troops on duty in Afghanistan and other trouble spots around the world, Remembrance, and the two minute tribute, are as important as ever.

Over 40 million poppies are distributed by the Legion every year at the end of October and up to 11 November. Each and every poppy is a symbol of Remembrance and hope and millions of people make the individual choice to wear one.

The poppy is NOT

Read the story of the poppy and how it came to represent the Poppy Appeal.

There are many reasons why individuals choose to wear a poppy for Remembrance. You can read some of their stories here.

As in previous year we will be holding a short, secular, event and to remember all those of every nation who have given their lives in the service of their country and this year especially, to mark the 100th anniversary of the start of the Great War.

On Tuesday, 11th November 2014, those wishing to take part should assemble quietly in the Teesdale SRC1 LRC at 10:50 a.m.

There will be video and music provided by the Royal British Legion prior to the sounding of the Last Post at 11 am prompt. All will be invited to participate in the Act of Remembrance, led by a student, and to observe 2 minutes silence after which we will sound Reveille and hear the Kohimah Epitaph, read by another student.

The assembly will disperse at about 11:05.

All staff and students, governors and associates are welcome to join us.

Join students and staff in showing their respect during our annual act of Remembrance.
Get Directions

We ask all staff and learners to wear their ID in college at all times. This is to ensure college is a safe place, and that we can identify anyone who should not be in student only areas. If you have any concerns about wearing your ID, please speak to your tutor. Staff will ask to see your ID if you aren't wearing it visibly. If you want more information on staying safe in college, text Safe to 81025.

If you are feeling in need of some extra support and would like to talk to a counsellor, please call into the welfare and youth work office and the team will arrange for this to happen. An Alliance counsellor -Jacy will next be in college on Tuesday 11th November.

C-Card What is it?

Get all this information and more with C card. C card is offered by the college Welfare and Youth Work team, for more information please call in to the youth work office room 164. 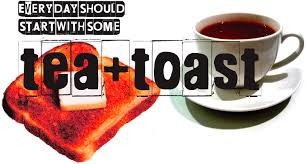 Breakfast is a very important meal. A good breakfast fuels you up and gets you ready for the day.

In general, teens who eat breakfast have more energy, do better in education, and eat healthier throughout the day. Without breakfast, people can get irritable, restless, and tired. So make time for SRC Breakfast Club!

Phoebe Long, Level 3 Catering, took the final post of student governor at the college, and will join Jas Bason in representing the student voice in the governing body pane. Phoebe apparently has a group of followers called the 'Phoebilites' - and can be seen in Oasis serving paninis on a regular basis!