Get email updates from Matilda-Belle:

There were numerous amounts of transportation in Victoria, Australia between the time of 1850-1880 like paddle steamers, stage coaches, steam trains, railways, barges, trams, horse and carts etc.
Paddle steamers and barges played an important part in the water ways as they moved people and goods around.

The stage coaches first began in 1854.

Trams were known to people at first as an amazing new invention but as they began to use them they realized they had many disadvantages as they frightened horses and killed pedestrians in there way.

The first railway line in Victoria began in 1855 and the first trains were slow and uncomfortable. 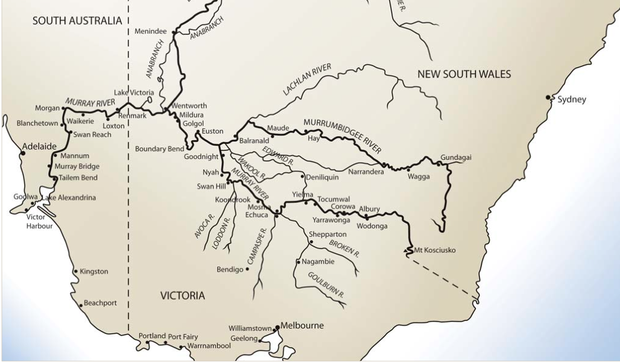 When gold was discovered, thousands of men gave up their jobs and set off for the diggings. The cost of a horse and feed was too much for most of them and up to 80,000 moved around the goldfields on foot, trudging along with a bundle or pushing their possessions on a hand-cart or wheelbarrow.

Travel by coach was not only expensive but difficult, over rough roads and steep gullies. The roads were so bad that passengers often had to get out and walk or help push the coach through a mud hole or creek. The accident that occurred most often was a broken metal spring which meant a long wait for repairs or continuing the journey another way. 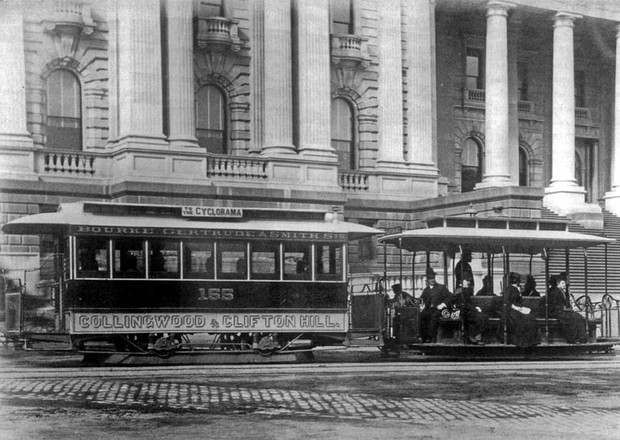