Get email updates from HFL:

With recent events in the nation, it reminds us that the safety of our children can never be taken for granted. While these tragedies have brought an increased interest regarding safety in schools the District has continually been addressing safety issues. The District has active school and district safety committees that continually review and update existing security and health procedures across the school district. Building Safety Teams have revised incident plans and have undertaken training and studying of best practices provided by the State Education Department and Homeland Security Department. Thankfully, local municipalities and community resources have been graciously cooperating with the District in addressing ongoing emergency planning and continue to prove to be great partners. To that end, both the Monroe County and Livingston County Sheriffs have increased routine patrols outside of our schools.

What procedures are already in place in HF-L?

What can you do to help?

The District-wide Emergency Response Plan/Safety Plan is presented annually to the Board of Education and a public hearing is held each year. The most recent public hearing was held on Tuesday, May 17, 2022, where the updated plan was shared. You can review the DRAFT plan on the District website at https://www.hflcsd.org/page/district-emergency-response-plan. HFLCSD practices safety procedures regularly and are mindful of school safety every day, not just after an incident.

During this last month of school, the District will focus on the well-being of its students and staff. During this tumultuous time, principals, teachers, and other school staff have been working tirelessly to promote feelings of healing, togetherness, mutual understanding, and acceptance. We all must continue to take care of one another. Thank you for your continued support and care not only for your own children, but for all the children of the school community and beyond.

The 5th annual Super Kids event will be held this Friday, 5/27 at the HF-L track! Students will walk, run, leap and dance around the track, each pursuing a personal fitness goal. Through this event, the HF-L Manor School has raised the funds to build the Little Wings Academy in Kankoole, Uganda, where 480 students are now receiving an education and breaking the cycle of prolonged poverty. The goal for this year, is to raise enough to complete the construction of a new building at Little Wings to fit more students that are eager for the opportunity to learn. Donations to support the Super Kids' efforts can be made via cash, check payable to Uprising or by donating through this link: 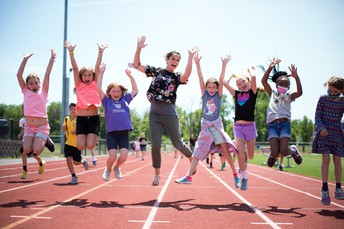 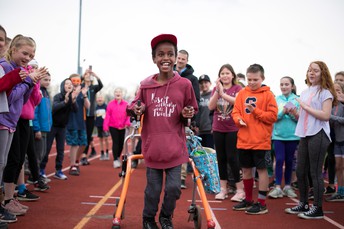 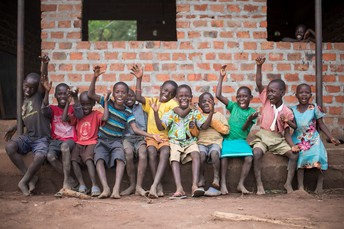 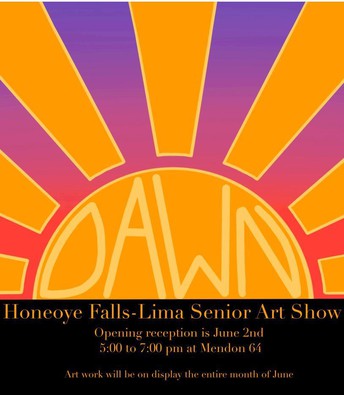 We are excited to announce that the opening of the Senior Art show titled "Dawn" is Thursday, June 2, 2022, at Mendon 64. The reception is from 5:00-7:00pm but the show will be up for the entire month of June. We have a large group of extremely talented artists that are looking forward to showing off (and some selling) their work!

HF-L Youth Cougars Cheer and Football is re-opening the registration process for a limited time! Please use the link below and REGISTER as soon as possible. Our organization is growing at a rapid pace and we are doing all we can to accommodate the increase in our numbers. We have to order football gear and cheer uniforms well in advance of the season, so we need to finalize our rosters by mid-June. If you are interested, please do not delay getting registered! Registration closes JUNE 15th! Visit www.hflyouthcougars.com and click the Register link. Thank you for your interest!

On Tuesday, May 17, 2022, the Board of Education appointed new principals for both Manor Intermediate School and HF-L Middle School after a nearly eight-week process. Both positions are set to begin on July 1, 2022.

“Joey is an integral part of the community, hands on, continuously looking for ways to improve, and epitomizes what we say when we discuss Cougar Pride,” said Superintendent Gene Mancuso.

Weaver is well-known to the HF-L community with her involvement across the school district ranging from the arts, music, and athletics and in her current role as the Assistant Principal at Manor. Weaver is an enthusiastic, student-centered, and resourceful educator with over 15 years of educational experience whose goal is to foster a culture of continuous improvement at Manor.

Mr. Jason Juszczak, who is currently completing his fifth year as the Principal of Longridge Elementary School in the Greece Central School District has been appointed as the new Principal of HF-L Middle School. Juszczak is an experienced educator who taught for 16 years in the Pittsford Central School District and is currently a tenured school building administrator who has had success throughout his career. Mr. Juszczak modeled outstanding connections to the students and staff throughout the interview process. His commitment to strong values, mature empathy, and high expectations helped to create an environment where stakeholders are supported with priorities always on the needs of the students, and a culture based on shared values of excellence that he hopes to foster in HF-L.

The Board of Education as well as the Superintendent would like to thank the entire community for its participation in the process to hire these individuals. The hiring process included a survey with over three hundred responses, a screening interview of nearly 25 excellent candidates, group interviews for five finalists, presentations, writing samples, and day long visits for three finalists that included well attended community forums. Thank you to everyone who cares deeply for the success of all our students as demonstrated by your willingness to participate in this hiring process.

Congratulations to Joelle and Jason and welcome home! 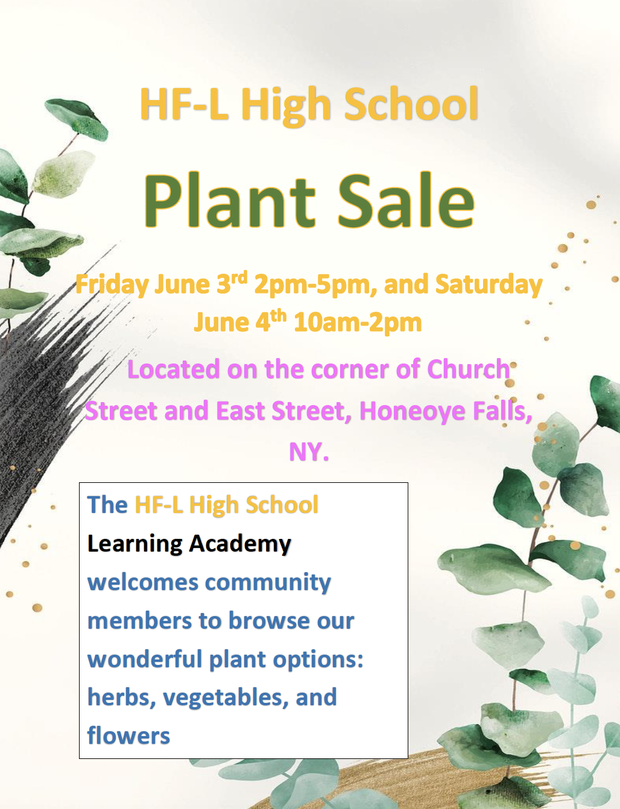 HF-L PTA is looking to fill leadership positions for the 2022-2023 school year! This is a fulfilling opportunity to work with an organization whose aim is to promote collaboration between families, community, and schools to provide the best possible opportunities for our children. If you are interested in a leadership role at either the District PTA level, or at a school level, or know someone to nominate, please fill out the form at https://forms.gle/6Amcr3294QAHsdhs7 Nominations are due by Monday May 23. Thank you for your time and support! 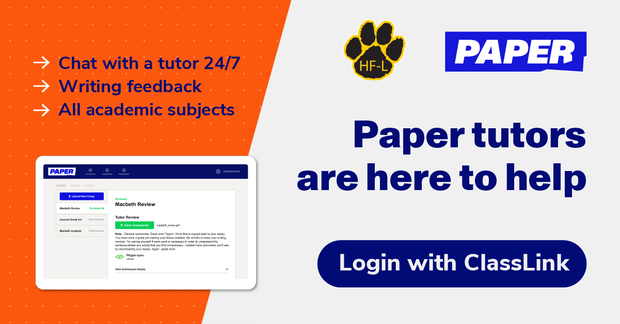 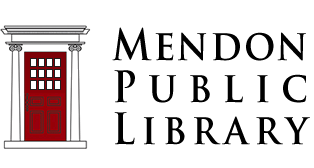 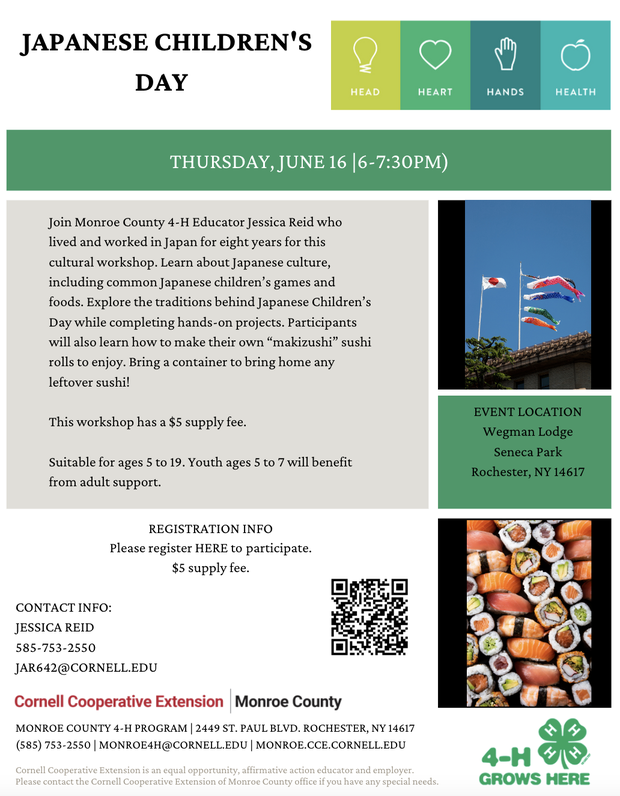 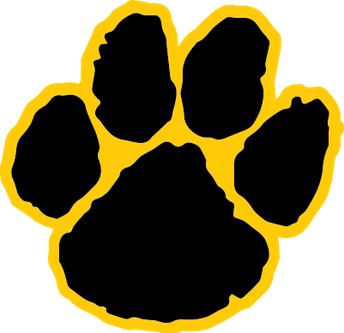