His birth, death and family information

At the news station

I was most remembered as the anchorman and managing editor of the cbs evening news from 1962-1981!

The Univercity of texas

I went to the Univercity of Texas when my parents moved down to Texas. I struggled there due to bad grades!

I loved to write! Where ever I went, I took a notebook with me because I was very observant!

As a kid , I spent much of my life in kansas city! Where ever I went I always took a notebook with me because I was very observant. In 1927 Walters family moved to Houston texas. I went to San Jacinto high school. (Shown above.)

What was I most remembered for?

I was most remembered as the anchorman and managing editor of the cbs evening news from 1962-1981! In 1937 I took a job at the United Press! (Shown bellow) 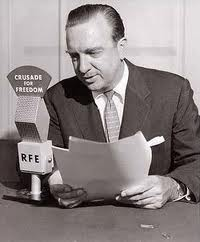 l meet my future wife at a radio station in Kansas City! I took a job covering news in washington!