Illiana is using Smore newsletters to spread the word online.

Get email updates from Illiana:

Why does this career interest me?

I have always had a passion for animals, especially ones of the aquatic sort. Not only that but I have been swimming since the age of 3, and I have even been involved with competitive swimming at one point as well. So, once I found out there was a career involving two of my favorite things, I was completely ecstatic. So in this case, my generally adventurous personality would pair greatly with these two passions of mine. However to fully understand why I want to be a marine biologist, you guys need to know what a marine biologist actually is. ..

What is a Marine Biologist?

Marine biology itself is particularly the study of aquatic/marine living organisms. Basically, marine biology focuses on how each organism interacts with themselves, others, and their ecosystem .Marine biologists study both the aquatic animals and their habitats, however sometimes marine biologists may also study the associated fields of geological, physical, and chemical "oceanography" to understand more about marine organisms. However marine biologists themselves can have a number of occupations while still being considered a marine biologist, from a marine research specialist to even just a mathematician having to calculate in accordance to bodies of water and their inhabitants.

How would I prepare for this profession?

Now at this point in time, all I can do to prepare myself to take on this career is either do extra research on the subject on my own, or ask more questions about marine life in class while studying living organisms. However the credentials to become a marine biologist are very straight forward. To gain entry into this career I must first have a bachelor's degree in marine biology, meaning I would have to take general biology, cell biology, ecology, and evolution. However to receive more recognizable and higher paying jobs, at minimum I must have a master's degree in marine biology as well. Many researching and teaching jobs though, completely require a Ph. D. in the subject, so I would have to then take phycology (study of algae), fisheries science, and marine microbiology. 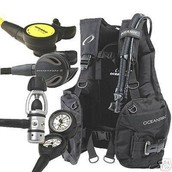 What would the typical day as a marine biologist be like, and what are some unusual tasks they may sometimes do?

What would be my favorite/least favorite thing to to do in this career?

Personally I would absolutely love to work with sea life, and maybe even do some diving to gather data as well. However I am also fully aware of the fact that I may have to conduct experiments as well as put together reports and I completely okay with that. The one thing I may not enjoy would probably be the fact that I will have to spend a lot of time away from my family and that I would have a higher rent. Other than that the job seems perfect considering I would be able to do things I have always dreamed of!

What technologies are involved with this particular career?

Just like the activities a marine biologist can partake in, the technologies used in this career can vary from person to person. Boats, scuba gear, submarines, computers, and even cameras are all essentials to most marine biologists overall, but different supplies may often be used as well. Though, it is most likely that a marine biologist would use a computer because they often have to create reports, charts, interpret data, compare data, collect information from satellites, etc. Actually a computer might as well be the most important technology marine biologists use because it can be used in a number of circumstances in a marine biologist's career, no matter what their occupation.

Discoveries made by marine biologists

A few important discoveries made by marine biologists may include, the discovery of the Great Barrier Reef, sea floor communities, and even magnetic striping on the ocean floor! However since these important discoveries, there has also been a few more quite interesting yet smaller discoveries as well. These smaller discoveries may include the discovery of the arctic-sea cucumber, the giant squid, and even the deep-sea urchin. This may actually prove that marine biology is an ever evolving career field overall. How to Become a Marine Biologist: Education and Career Roadmap

study.com
Learn how to become a marine biologist. Research the education and career requirements, training information, and experience required for starting a career in marine biology.

Illiana is using Smore newsletters to spread the word online.