Pranusha is using Smore newsletters to spread the word online.

Get email updates from Pranusha:

For our US adventure, we went to New York City, New York. From IAD, we reached JFK at 4:00 in the afternoon. We checked in at the 4.9 star hotel, the Langham hotel, right between Bryant Park and the Empire State Building. Then, we looked at the Empire State (but didn't actually go in, due to long lines and claustrophobia) and set off to experience Times Square at night. We spent some money getting souvenirs and shopping there. We ate dinner at the Olive Garden in Times Square. 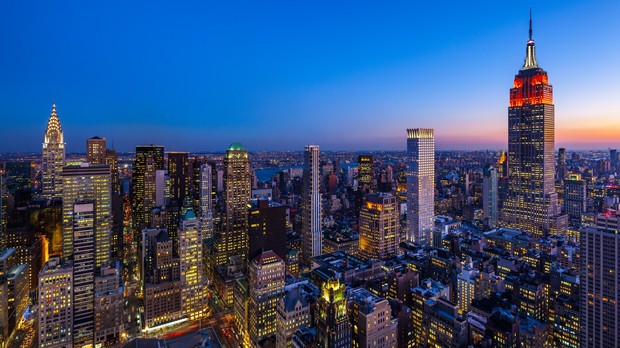 We started off the day with complimentary breakfast from our hotel, and then set off, with the hotel's access to their car, the Quattroporte Maserati.

Our first stop: The Museum of Modern Art, a well known museum that is home to the paintings of van Gogh to the prints of Warhol. A huge museum, Kavya made Pranusha stay till well in the afternoon. We ate lunch at The Modern, a restaurant right next to MoMA.

Next, we went to see Wicked, the famous Broadway show about an alternate telling of the Wizard of Oz, at 8:00. We returned to the Langham, and ate at the Al Fiori, an Italian and French restaurant in the Langham. 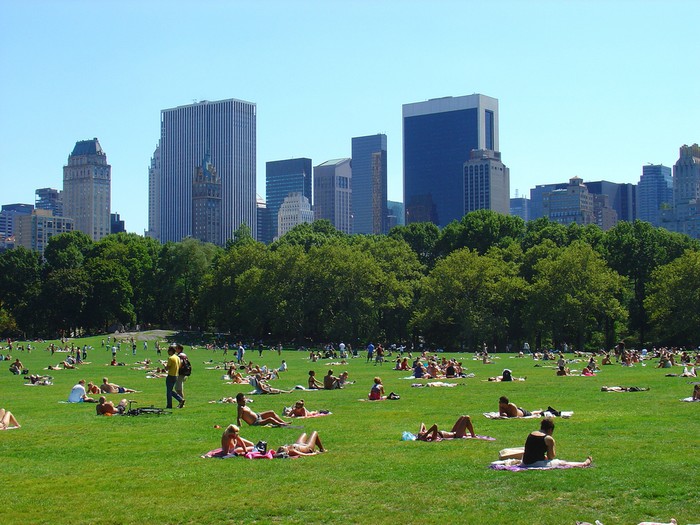 We slept in a bit, and then went to Central Park to walk around. We had lunch at Tavern at the Green, a famous restaurant in Central Park which has been featured in many films. We then went to the SoHo region to shop. Finally, we stopped to view the 9/11 memorial before getting ready for tomorrow's flight!

For our adventure overseas, we went to Reykjavik, Iceland. Our hotel, the ION Luxury Adventure Hotel, was located in the middle of Iceland's lush hills, isolated from the busy city life, but only a thirty minute drive from the city, Our flight from JFK to KEF, Reykjavik's airport, left in the morning and arrived at noon, by Iceland's time.

We headed to our hotel, and go strait into a tour to see the Eyjafjallajökull Volcano, Sólheimajökull Glacier, Seljalandsfoss and Skógafoss waterfalls, with gourmet lunch included in the tour. We came back to the hotel, and watched the amazing dancing Northern Lights from our deluxe hotel room. We ate dinner at the Silfra restaurant at the ION hotel. 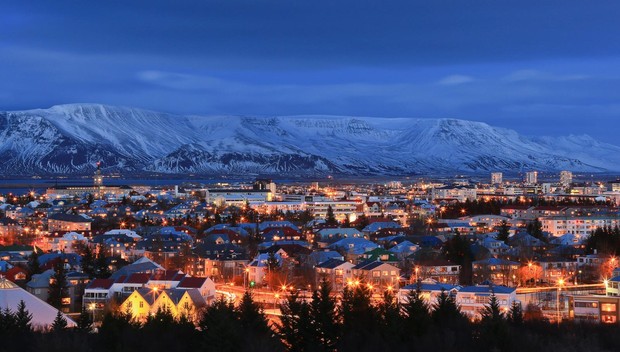 After walking through the busy streets while sight seeing, we needed a break. We went hiking to the hot springs valley close to our hotel, in a tour with food included. The hike to the hot springs took us through cool lava formations and mountains. In addition, we experienced unexpected boiling water bursts. Believe it or not, the bursts came out of a glaciers that were created about 10,000 years ago!

With the Northern Lights

The Capitol of Iceland

For some relaxation we decided to go to one of the 25 wonders of the world: Blue Lagoon. The Blue Lagoon is a nature surrounded natural spa. It contains geothermal water that stays at a constant temperature of 100 degrees Fahrenheit. We noticed that the water was pure blue because of the sunlight reflecting off of the silica in the water. We indulged in massages, saunas, beauty treatments, swims, and more! It was great to enjoy gourmet food for lunch and dinner from the Lava Restaurant in the spa. Our relaxing time at the lagoon sped by and we reluctantly returned back to the hotel for the night.

Through Delta airlines, we landed in Paris, France in the morning. We stayed at the Four Seasons. We bought 3 day tickets to use the comfortable SNCF train that would take us around Paris.

We immediately started to go off to see the Eiffel Tower, and went all the way up to the top! We enjoyed lunch as a picnic on the gardens below the Eiffel Tower. Then, in the afternoon, we saw the Arc de Triomphe. Afterwards, we went shopping at the Champs-Élysées and Rue St-Honoré! We ate dinner at the five star La Cinq at the Four Seasons. Even though it was extremely expensive, we tasted some unforgettable French cuisine.

We decided to spend our second day in Paris in the Louvre Museum. We spend the say admiring the amazing and intricate artwork made by famous artists like Leonardo da Vinci, Edvard Munch, and Rapheal. We ate at the Cafe Grande Lourve for lunch. The Lourve was huge, and we easily spent our entire day there. On our way back to the hotel, we stopped to see the Eiffel Tower change colors at night.

We had complimentary breakfast at the Four Seasons, then set off for the Catacombs of Paris. It is made up of underground ossuaries and holds the remains of about six million people. The walls are made up of skulls. It was creepy as well as cool to see it. We ate lunch at the Cafe de Flore, a trendy AND Zagat rated restaurant we had found. Our last attraction was a tour of the Notre Dame church. Finally, we returned to the hotel to check out. We left Paris through British Airways at 5 in the afternoon, and landed back home in IAD at 3 in the morning, tired, yet ready for another adventure.

Pranusha is using Smore newsletters to spread the word online.