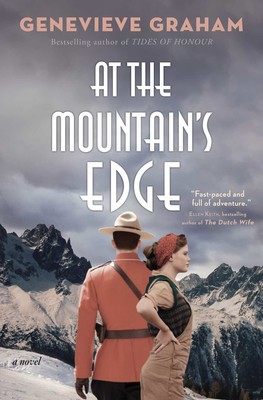 At the Mountain's Edge

From bestselling author Genevieve Graham comes a sweeping new historical novel of love, tragedy, and redemption set during the height of the Klondike Gold Rush.

In 1897, the discovery of gold in the desolate reaches of the Yukon has the world abuzz with excitement, and thousands of prospectors swarm to the north seeking riches the likes of which have never been seen before.

For Liza Peterson and her family, the gold rush is a chance for them to make a fortune by moving their general store business from Vancouver to Dawson City, the only established town in the Yukon. For Constable Ben Turner, a recent recruit of the North-West Mounted Police, upholding the law in a place overrun with guns, liquor, prostitutes, and thieves is an opportunity to escape a dark past and become the man of integrity he has always wanted to be. But the long, difficult journey over icy mountain passes and whitewater rapids is much more treacherous than Liza or Ben imagined, and neither is completely prepared for the forbidding north.

As Liza’s family nears the mountain’s peak, a catastrophe strikes with fatal consequences, and not even the NWMP can help. Alone and desperate, Liza finally reaches Dawson City, only to find herself in a different kind of peril. Meanwhile, Ben, wracked with guilt over the accident on the trail, sees the chance to make things right. But just as love begins to grow, new dangers arise, threatening to separate the couple forever.

Inspired by history as rich as the Klondike’s gold, At the Mountain’s Edge is an epic tale of romance and adventure about two people who must let go of the past not only to be together, but also to survive. 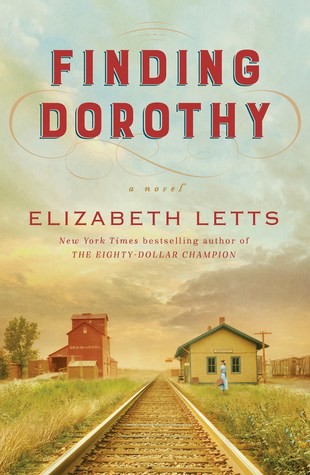 A richly imagined novel that tells the story behind The Wonderful Wizard of Oz , the book that inspired the iconic film, through the eyes of author L. Frank Baum's intrepid wife, Maud--from the family's hardscrabble days in South Dakota to the Hollywood film set where she first meets Judy Garland.

Maud Gage Baum, widow of the author of the book The Wonderful Wizard of Oz, met Judy Garland, the young actress playing the role of Dorothy on the set of The Wizard of Oz in 1939. At the time, Maud was seventy-eight and Judy was sixteen. In spite of their age difference, Maud immediately connected to Judy--especially when Maud heard her sing "Over the Rainbow," a song whose yearning brought to mind the tough years in South Dakota when Maud and her husband struggled to make a living--until Frank Baum's book became a national sensation.

This wonderfully evocative two-stranded story recreates Maud's youth as the rebellious daughter of a leading suffragette, and the prairie years of Maud and Frank's early days when they lived among the people--especially young Dorothy--who would inspire Frank's masterpiece. Woven into this past story is one set in 1939, describing the high-pressured days on The Wizard of Oz film set where Judy is being badgered by the director, producer, and her ambitious stage mother to lose weight, bind her breasts, and laugh, cry, and act terrified on command. As Maud had promised to protect the original Dorothy back in Aberdeen, she now takes on the job of protecting young Judy. 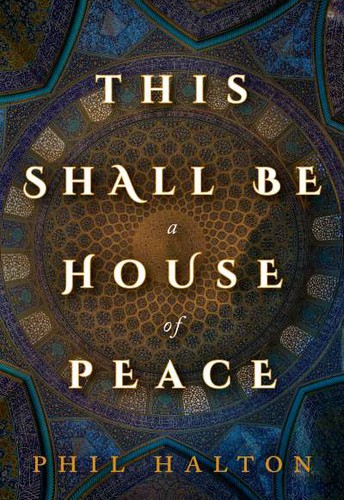 This Shall be a House of Peace

After the collapse of Afghanistan’s Soviet-backed government, a mullah finds himself doing anything to protect his students.

Chaos reigns in the wake of the collapse of Afghanistan's Soviet-backed government. In the rural, warlord-ruled south, a student is badly beaten at a checkpoint run by bandits. His teacher, who leads a madrassa for orphans left behind by Afghanistan’s civil war, leads his students back to the checkpoint and forces the bandits out. His actions set in motion a chain of events that will change the balance of power in his country and send shock waves through history.

Amid villagers seeking protection and warlords seeking power, the Mullah's influence grows. Against the backdrop of anarchy dominated by armed factions, he devotes himself to building a house of peace with his students — or, as they are called in Pashto, taliban. Part intrigue, part war narrative, and part historical drama, This Shall Be a House of Peace charts their breathtaking ambition, transformation, and rise to power. 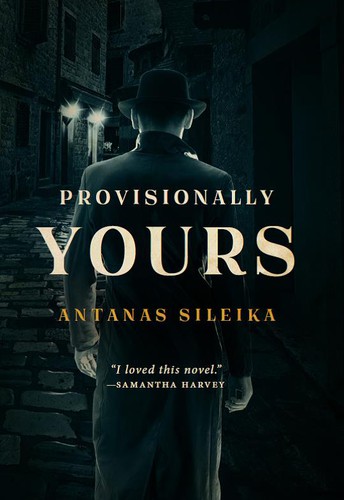 After the collapse of Czarist Russia, former White counterintelligence office Justas Adamonis returns to his hometown in a fragment of the shattered Empire, not entirely sure what he’ll find. His parents are dead, he hasn’t seen his sister since she was a teenager, and Kaunas has become the political center of the emerging state of Lithuania. He’s barely off the train when he’s recruited back into service, this time for the nascent government eager to secure his loyalty and vast experience. Though the administration may be new, its problems are familiar, and Adamonis quickly finds himself ensnared in a dangerous web of political corruption and personal betrayal. 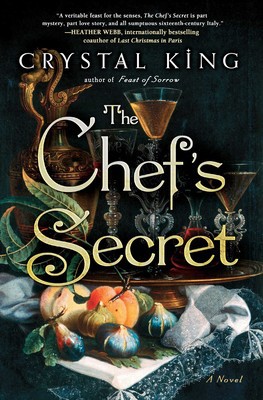 A captivating novel of Renaissance Italy detailing the mysterious life of Bartolomeo Scappi, the legendary chef to several popes and author of one of the bestselling cookbooks of all time, and the nephew who sets out to discover his late uncle’s secrets—including the identity of the noblewoman Bartolomeo loved until he died.

When Bartolomeo Scappi dies in 1577, he leaves his vast estate—properties, money, and his position—to his nephew and apprentice Giovanni. He also gives Giovanni the keys to two strongboxes and strict instructions to burn their contents. Despite Scappi’s dire warning that the information concealed in those boxes could put Giovanni’s life and others at risk, Giovanni is compelled to learn his uncle’s secrets. He undertakes the arduous task of decoding Scappi’s journals and uncovers a history of deception, betrayal, and murder—all to protect an illicit love affair.

As Giovanni pieces together the details of Scappi’s past, he must contend with two rivals who have joined forces—his brother Cesare and Scappi’s former protégé, Domenico Romoli, who will do anything to get his hands on the late chef’s recipes.

With luscious prose that captures the full scale of the sumptuous feasts for which Scappi was known, The Chef’s Secret serves up power, intrigue, and passion, bringing Renaissance Italy to life in a delectable fashion.