Kalin is using Smore newsletters to spread the word online.

Get email updates from Kalin:

The school concert will be a multi-genre performance; full of different types of music played and performed with the talents of all our performers. The music will appeal to a wider range of the audience; creating a meaningful atmosphere to everyone. It will be meaningful to everyone, even the performers themselves, since they want their performance to mean something. This group has created individual, outstanding posters created by two of the talented performers Taran Carey, and Kalin Thompson. The colours show the meaning from the posters to the clothes. Everyone is wearing black and white coloured outfits to prove the meaning of the concert to everyone.

Every penny counts towards this concert; the reason being that the performance is a charity event aimed to make money for two different charities picked from both two groups performed. The charities are both local and known away; however, both are familiar charities. 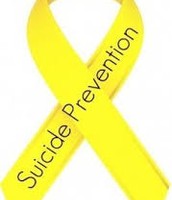 Kalin is using Smore newsletters to spread the word online.