News from the SCS Treasurer (Volume I, Issue 2)

News from the SCS Treasurer (Volume I, Issue 2) 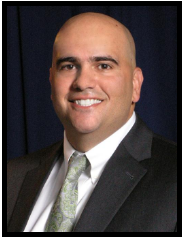 Hello, this is George Anagnostou, Treasurer of Strongsville City Schools. One District objective within our strategic plan is to actively partner and communicate with our parents and residents to strengthen school-community bonds. In an effort to improve communication about financial topics of our school district, I will be publishing this monthly newsletter, Treasurer Talk, to address these various topics which impact our budget. This month’s edition focuses on our District’s five-year forecast. 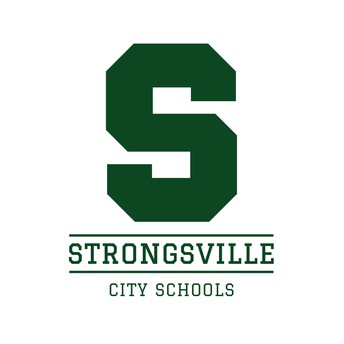 By Ohio Law, the five-year forecast is required to be presented, approved by the Board of Education, and filed with the Ohio Department of Education semi-annually, on October 31, and May 31. Since the District’s fiscal year is July-June, the October submission is tied to the District’s annual budget, which is approved in September. The May five-year forecast is updated to reflect year-to-date actuals and trends for the remainder of the fiscal year. In addition, the May update begins the budgeting process for the upcoming fiscal year.

Due to a recent law change, the October filing has been moved to November, which will go into effect during November of 2019.

The May 2019 update was presented and approved by the Board of Education at the May 16, 2019 Regular Board Meeting.

The District maintains its accounts in accordance with the principles of “fund accounting”. The forecast includes revenue and expenditures for the general operating fund of the District (Fund 001).

The assumptions disclosed are those that the District believes are significant to the projections. However, because circumstances and conditions assumed in projections frequently do not occur as expected, and are based on information existing at the time projections are prepared, there will usually be differences between projected and actual results.

As you will see in the graphic below, due to the passage of Issue 4, the District will have financial stability through the life of the five-year forecast and beyond.

To view the details of the forecast, see the following links: 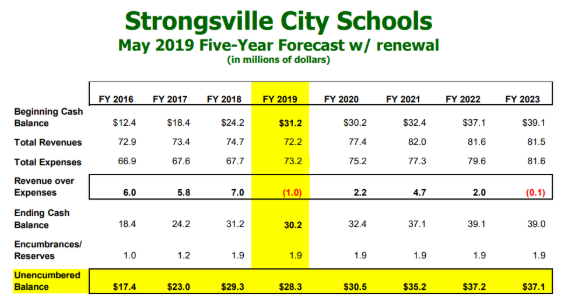 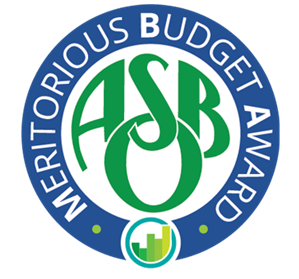 Our District has received this national award from the Association of School Business Officials (ASBO) for 3 straight years, recognizing sound fiscal management 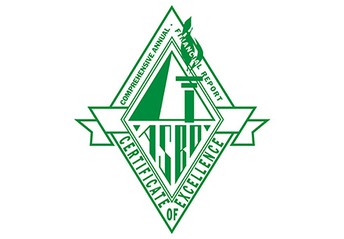 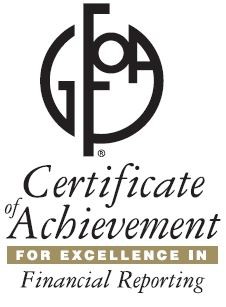 GFOA Certificate of Achievement for Excellence in Financial Reporting

The Treasurer's Office has earned this certificate of achievement from the Government Finance Officers Association (GFOA) for 2 straight years for the District's Comprehensive Annual Financial Report (CAFR). GFOA is reviewing this year's CAFR to determine recognition for this year. 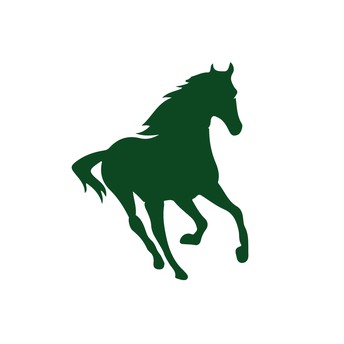