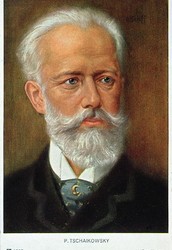 Tchaikovsky was born in a town called Votkinsk in Russia on May 7, 1840. His parents were Alexandra and Ilya Petrovich. Alexandra was Ilya's second wife and she married him when she was 20 years old, after his first wife died. Alexandra was the one who brought music into Pyotr's world. He adored his mother, even though she was cold-hearted and self-absorbed. He was very influenced by his nanny, Fanny, as she recognized his musical talent and helped him grow into a composer. At the age of 3, Tchaikovsky already had shown a strong interest in music. 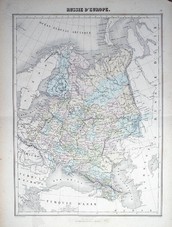 Pyotr was born in Votkinsk, Russia. When he was 8 years old, his family moved to St. Petersburg, Russia. In St. Petersburg, Pyotr was enrolled at a school named the fashionable Schmelling School and he hated it. The school was very hard on the students as they gave them lots of homework that took them a long time. Later on, when Tchaikovsky was 10, he was sent to a preparatory school in St. Petersburg, which involved no music.

Tchaikovsky wrote Swan Lake and was performed in 1877, when he was 37. The performance did not get off at a good start. Many dancers complained about the hard dance moves and that resulted in a bad performance. During his time, Swan Lake was not popular, but much later on it became very famous. His music passion became very strong after all his schooling. He became very familiar with the works of Rossini, Bellini, Verdi, and Mozart. He also sang in many choirs throughout his many years of school. 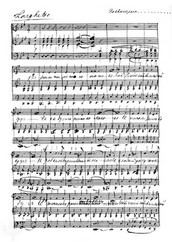 Pyotr Ilych Tchaikovsky was a composer that will never be forgotten. He traveled all around the world so that everyone could enjoy his amazing music. He lived a life of success and failures and didn't give up. His music brought joy to many others and himself through hard times. People today still recognize Tchaikovsky's music that was joyful, sometimes sad and spectacular. Tchaikovsky has left a legacy that many people are influenced by.