eingel is using Smore newsletters to spread the word online.

Get email updates from eingel:

He loves me, he loves me...not

He loves me, he loves me...not

Unrequited Love is the kind of love that is not returned and ideally causes pain.

Viola says to herself, "To woo your lady, yet, a barful strife! / Whoe'er I woo, myself would be his wife (1.4.41-42).This quotation is significant because it is about how viola loves the Duke who does not love her in return. It was the first time that Viola confirmed her feelings for Duke. Through this quotation it is evident that Orsino does not love Viola because he is asking her to court “ woo” Olivia which is the woman he loves. Through and aside Viola expresses her feelings to herself stating her true feelings which shows that's she is in a tremendous amount of pain and agony because the man she loves does not show the same affection. Also, this quotation suggests that the love that Viola has for Orsino is unreciprocated love because Viola loves a man who does not feel the same way towards her and he does not know her true feelings towards him.

Olivia says, "Thy tongue, thy face, thy limbs, actions, and spirit, / Do give thee five-fold blazon. Not too fast: soft, soft! / Unless the master were the man. How now! " (1.5.82-84). This quotation connects to the theme "unrequited love" because as we know, Olivia does not love Orsino and is always rejecting his proposing love. This quotation is another way to distinguish an unreciprocated love because Olivia is trying to tell Viola/ Cesario that, " if your master was you, I would love him." It is evident that Olivia has strong feelings for Viola/Cesario, she is basically stating that she can only love Viola/Cesario. She definitely does not love for Orsino. On the other hand, it is a one sided love that can cause some individuals pain which in this case Orsino may feel hopeless and jealous.

Viola says, "By innocence I swear, and by my youth, / I have one heart, one bosom and one truth, / And that no woman has; nor never none / Shall mistress be of it, save I alone. / And so adieu, good, madam. Never more / Will I my masters tear you deplore" (3.1. 157-162).This quotation connects to the theme because it is one of the few encounters that Viola bluntly withhold Olivia's love. She states that she will never love Olivia. She will never give her love to anyone else. Viola will never love Olivia not only because of the fact that she is also a woman herself, but most importantly she is in love with Orsino. This is unrequited love because, Olivia confessed her love to Viola/ Cesario but Viola refused to accept that love. Viola rejecting Olivia's love, can cause Olivia to feel heartbroken and depress. 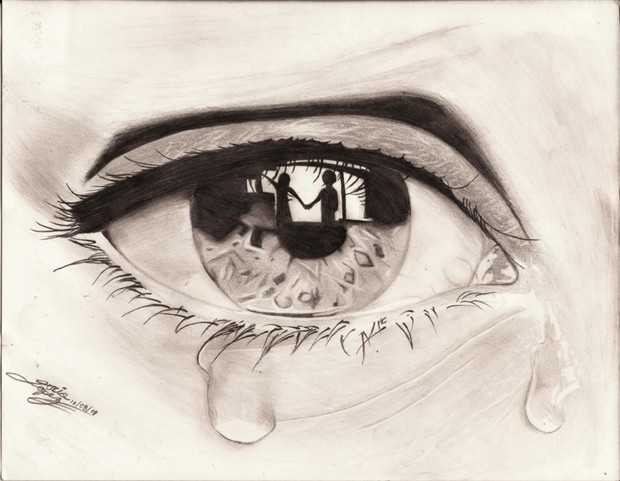 This photo connects to the theme and to the first quotation because, as seen in this photo it is a crying eye and it see's a silhouette of a man and a woman holding hands and very much in love. This picture is quite similar to Viola's situation because she has a one-sided love with the person she loves because he loves someone else which is Olivia. This piece of art demonstrates how a person would naturally react and feel if they see the person they love with another man or woman that is not technically them. In addition, this picture connects to the theme because it is a person who is crying and who is deeply broken and hopeless to see the person they love, love someone else. 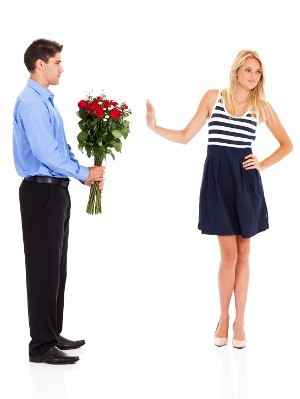 In this photo it shows a man giving the woman a bouquet of red roses and she is openly rejecting it. This particular photo connects to the third quotation because Viola rejected Olivia's love. Whereas, in this photo the man is offering roses and his love to the woman but she refuses to accept it. This connects to the theme because, the woman is openly and harshly refusing to accept his love. Also, it is causing the man in pain because the person that he loves does not love him back. 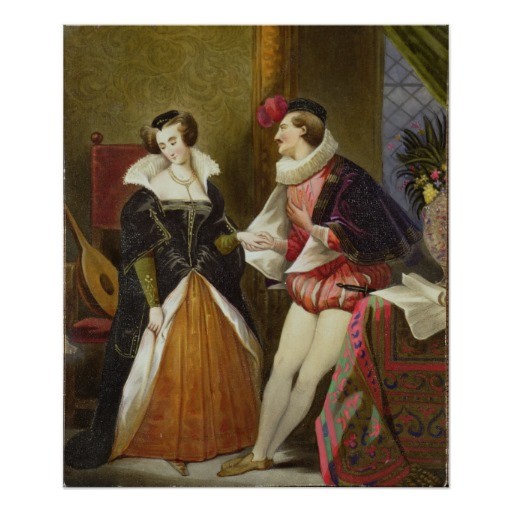 As shown it is a gentlemen expressing his love for a woman and she is not returning his affections by looking away. This photo connects to the theme because his efforts and passion is being put down. She does not appreciate the affection being shown to her. This is unrequited love because, it is a one-sided love, the man loves the woman but the woman is not returning that love. She is openly rejecting his love and sometimes the person being rejected can feel some time of pain which in this case the man's self-esteem may decrease and he may feel hopeless as well.

www.eonline.com
Khloe Kardashian poured out her heart on social media Sunday. The 31-year-old Keeping Up With the...
Khloe Kardashian posted many quotes on her social medias, Instagram being one of them about unrequited love. One of the quote says, "Someone can be madly in love with you an still not be ready. They can love you in a way you have never been loved and still not join you on the bridge. And whatever their reasons you must leave." This quotation suggests that though an individual has feelings or love for you, sometimes those feelings are not enough to make it through the hard patches. I think that this article about Khloe Kardashian and also the "Great Gatsby" movie is quite similar to each other, also it connects to the theme because it is both about how people say something about the love they have for you but they do not keep their words and does the opposite. This is an unreciprocated kind of love because, it is a one sided-love, only your love is present in the matter. In addition, going through something such as Khloe's situation is hard and can ideally cause someone to feel a certain way such as feeling broken inside etc...

www.imdb.com
Directed by Baz Luhrmann. With Leonardo DiCaprio, Carey Mulligan, Joel Edgerton, Tobey Maguire. A writer and wall street trader, Nick, finds himself drawn to the past and lifestyle of his millionaire neighbor, Jay Gatsby.

The movie "The Great Gatsby" directed by Baz Luhrmann is about a man who has once fallen deeply in love with this woman but they were separated because he had to go to war. She promised that she would wait for him, but she could not and she married another man. Daisy has always been the person to want more such as mansion, money, but Gatsby was poor. After many years Jay Gatsby returned and he still had that flame of love for Daisy, so he tried everything to get Daisy's heart, he earned a lot of money, he had a mansion and more. They spent time at his mansion, but Gatsby wanted more from her. He wanted Daisy to tell her husband that she never loved him and he wants her to leave him but Daisy no longer love Gatsby, she loves Tom. The Gatsby experienced enormous pain, he felt an overwhelming feeling of jealousy and selfishness.This film connects to the theme because, unrequited love causes people to feel broken and not worthy enough which is how Jay Gatsby felt when Daisy could not return his love. 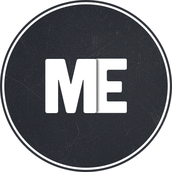 Unrequited love is known to be a hard state to be in. People who have experienced or who is experiencing an unrequited love knows the heartaches, the feelings of rejection and the hopelessness. Being a teenager I can say that I have personally experienced to be in an unrequited love. It is not the most pleasing feelings to feel at a young age because it sometimes makes you question your capabilities, your worth as a person and it can sometimes lower your confidence/self- esteem. For example, I once really liked this guy and he knew how I felt towards him but he did not do anything about it. I assume he probably did not like me in return so he just stayed quite and did not say anything. This connects to the theme because, it exhibits how an individual feels after being put down by the person they have feelings for. Also, it displays the hurt and brokenness a person would feel.

eingel is using Smore newsletters to spread the word online.