To start with Greek architecture the buildings sturdy straight and box like. They had three types of columns they were Ionic Doric and Corinthian. They also has temples to the gods that were big and very sturdy. The architecture was made mainly of stone and marble. their art was made to express reason ,balance ,and harmony. 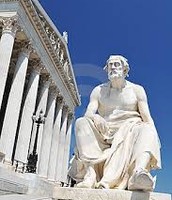 Greek sports mainly make up the Olympic games. Likewise the sports they played were boxing , running , long jump, and javelin. Only free men that could speak greek were allowed to play these sports. People that played the sports were thought of as heroes and they were supposed entertain the gods. Many people loved and watched these sports but women did not watch them.

Some philosophers were sophist , Plato , Aristole , and Sogritice. sophist was the teacher of math , science , and history. Platos wrote that common people did not think for themselves. And Aristole taught that people should live mortally. in addition they wrote topics on government astronomy and political science. the philosophers tried to figure out how to make world peace happen. (That never happened.) It was said that gods did not like philosophers because people started not believing in them.

Abiotic things are examples of philosophy. as well as biotic things. Science and math are great examples because they are the ones that studied it the most. freedom of speech was an example . as well as how men and women were equal.

The type of government the Greeks used was a government called direct democracy. That was when a few people from Greece chose what happened . Peciles was one of the leaders . But only for one year . That was because they changed their leader every year. there was slavery in Greece but a lot of countries had slavery. The wars that occurred back then were the Trojan war, the Pellopenisian war,the Athens war, the Spartan war, and the marathon Persian war.

There are many examples of greek democracy today. There were farmers that grew all the crops. The people needed the crops. They were able to vote just like us only there was only a few people that voted and they voted for war and laws. We vote for our leaders

There are 11 Olympian gods they are Zeus, hades, Hera ,Hestia, Artemis, Apollo, Poseidon Hermes, Aphrodite, Athena, Ares . the big 3 gods are Zeus Poseidon and hades. the greeks said that if the gods were mad or happy something different would happen with the earth . for example if Zeus got mad it would storm because he is the god of the sky. there were many other mythical creatures such as the minotaur ,snake haired ladies ,five headed dragons, three headed dogs, and Cyclops's . there were very many people that made all this crazy stuff one of them was Aesop . 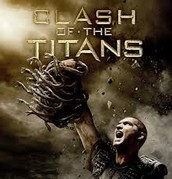 Aesop as countless amounts of fables .One of his most famous fables is the tortoise and the hare. The moral is that slow and steady wins the race . Some of Aesop's fables have titles that have bad word in it. Its mainly the A word just so you know.

The tortoise and the hare is a good example. because it is still used today. many fables are used in this world today. Usually they are used to set examples so people can do better. Aesop was known as a great writer.