Causes of the Americain Revolution

The British are coming!

Causes of the Americain Revolution

The British are coming! 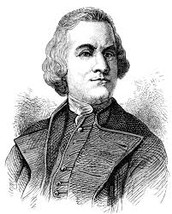 He formed the Sons of Liberty, organized boycotts, and spread propaganda all protesting against British taxes. Samuel Adams was a major part of the cause of the revolution because he was a leading protest tor for the colonies. He organized many boycotts protests and acts of defiance against the British. Samuel Adams over all is a very important man in history.

Colonists were protesting about the Townshend Acts when a fight broke out between colonial protesters and the British troops. The first person to die was a man by the name of Cirpus Attucks.This led to war because it gave Patriots a way to propaganda. Leading to people thinking the British meaning slaughtered innocent people. 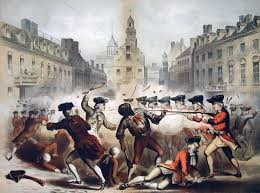 Colonists dressed as Indians boarded a British ship and dumped British tea into the harbor.

55 delegates were sent to Philadelphia to establish a political body to represent American interests. They decided to boycott British goods and form militias. They sent an Olive Branch petition to King George The lll, but he declined. This initiated war between the colonies and Britain. 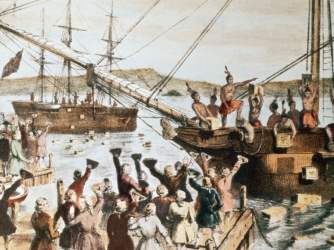 www.history.com
Find out more about the history of Boston Tea Party, including videos, interesting articles, pictures, historical features and more. Get all the facts on HISTORY.com

Boston Tea Party
- Questions
1. What date and time of day did the Boston Tea party occur?
2. What did the Tea Act force colonists to buy?
3. What point were the colonists trying to make by destroying the Tea.

www.history.com
Find out more about the history of Boston Tea Party, including videos, interesting articles, pictures, historical features and more. Get all the facts on HISTORY.com

History Channel
- Questions
1. Who put the Tea Act of 1773 into place?
2. What three cities refused Tea shipments due to pressure from the Patriots?
3. Why were the coercive acts created? 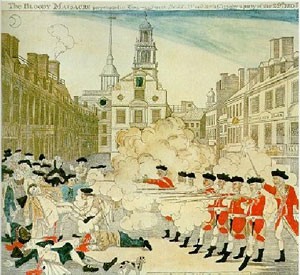